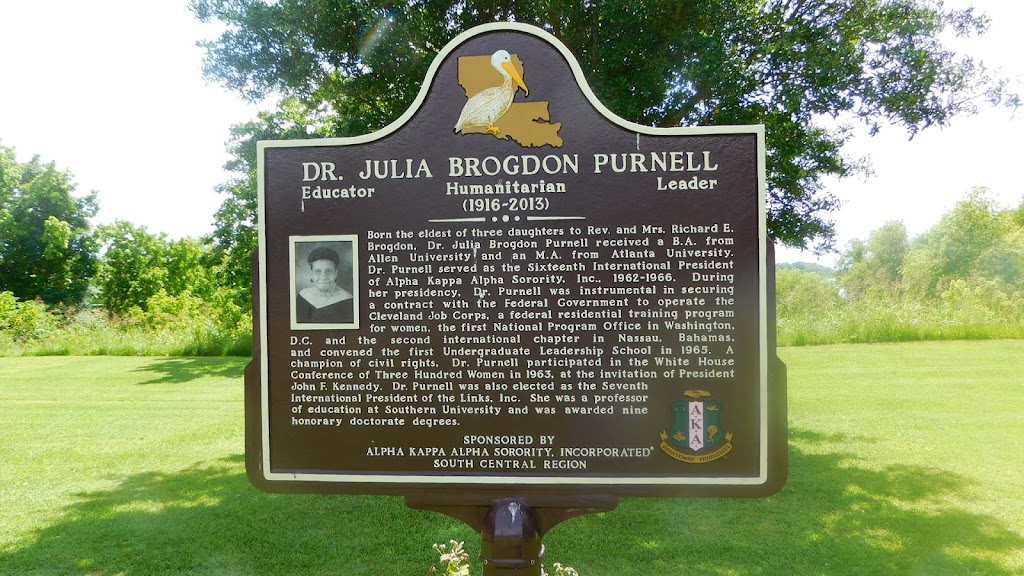 Educator - Humanitarian - Leader
(1916-2013)
Born the eldest of three daughters to Rev. and Mrs. Richard E. Brogdon, Dr. Julia Brogdon Purnell received a B.A. from Allen University and an M.A. from Atlanta University. Dr. Purnell served as the Sixteenth International President of Alpha Kappa Alpha Sorority, Inc., 1962-1966. During her presidency, Dr. Purnell was instrumental in securing a contract with the Federal Government to operate the Cleveland Job Corps, a federal residential training program for women, the first National Program Office in Washington, D.C. and the second international chapter in Nassau, Bahamas, and convened the first Undergraduate Leadership School in 1965. A champion of civil rights, Dr. Purnell participated in the White House Conference of Three Hundred Women in 1963, at the invitation of President John F. Kennedy. Dr. Purnell was also elected as the Seventh International President of the Links, Inc. She was a professor of education at Southern University and was awarded nine honorary doctorate degrees.