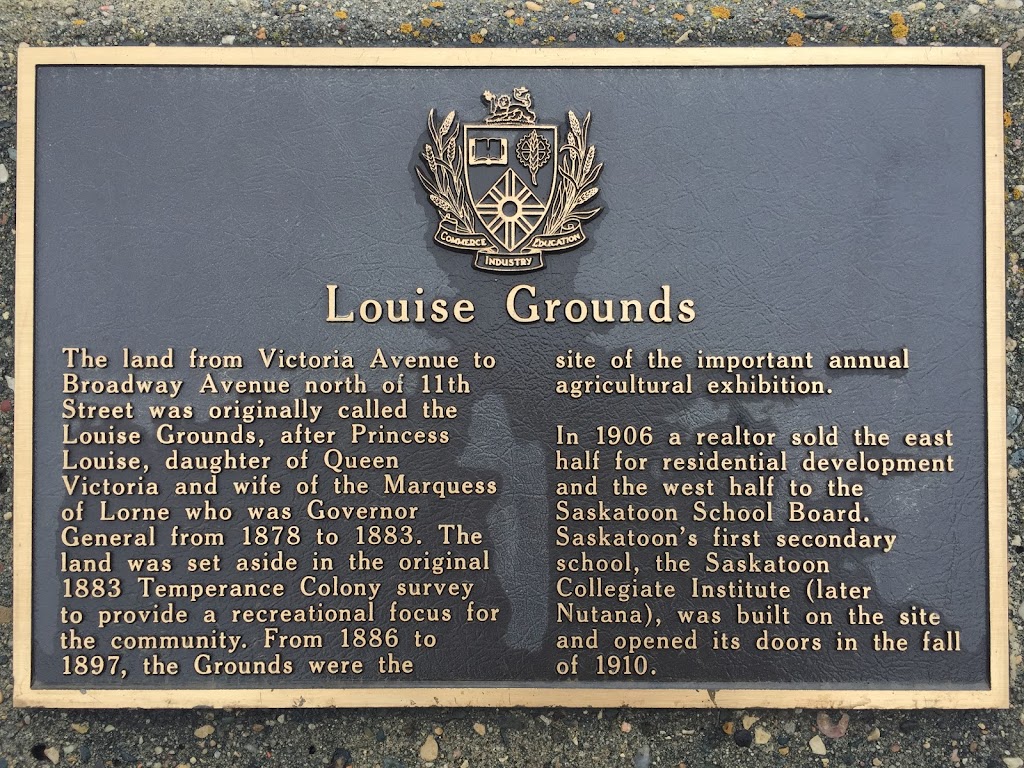 The land from Victoria Avenue north of 11th Street was originally called Louise Grounds, after Princess Louise, daughter of Queen Victoria and wife of the Marquess of Lorne who was Governor General from 1878 to 1883. The land was set aside in the original 1883 Temperance Colony survey to provide a recreational focus for the community. From 1886 to 1897, the grounds were the site of the important annual agricultural exhibition.

In 1906 a realtor sold the east half for residential development and the west half to the Saskatoon School Board. Saskatoon's first secondary school, the Saskatoon Collegiate Institute (later Nutana), was built on the site and opened its doors in the fall of 1910.