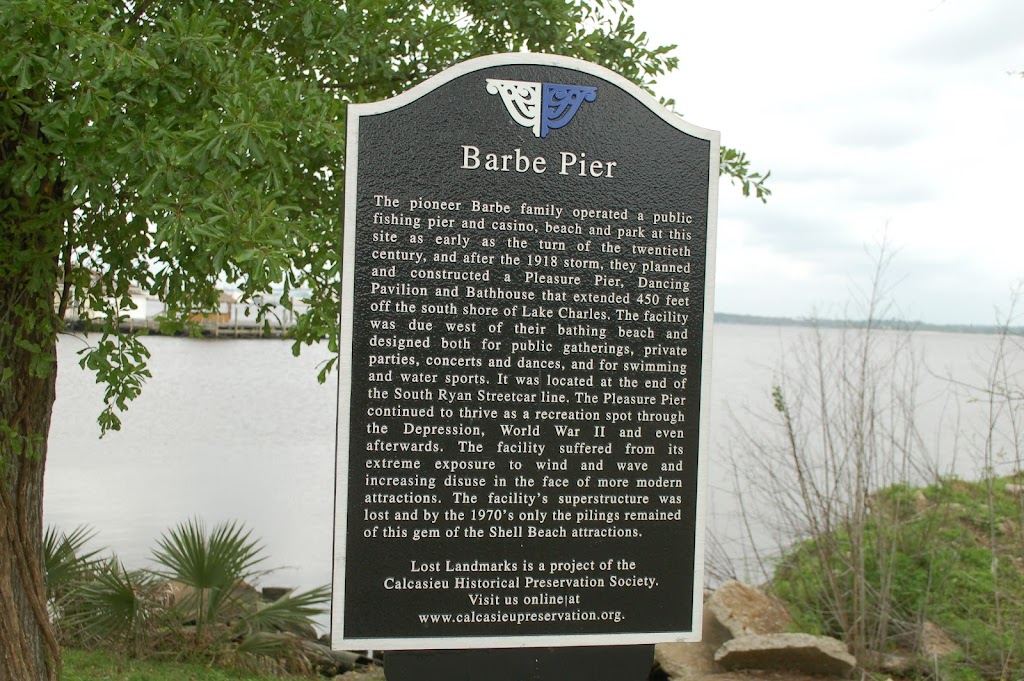 The pioneer Barbe family operated a public fishing pier and casino, beach and park at this site as early as the turn of the twentieth century, and after the 1918 storm, they planned and constructed a Pleasure Pier, Dancing Pavilion and Bathhouse that extended 450 feet off the south shore of Lake Charles. The facility was due west of their bathing beach and designed both for public gatherings, private parties, concerts and dances, and for swimming and water sports. It was located at the end of the South Ryan Streetcar line. The Pleasure Pier continued to thrive as a recreation spot through the Depression, World War II and even afterwards. The facility suffered from its extreme exposure to wind and wave and increasing disuse in the face of more modern attractions. The facility's superstructure was lost and by the 1970's only the pilings remained of this gem of the Shell Beach attractions.

Lost Landmarks is a project of the Calcasieu Historical Preservation Society. Visit us online at www.calcasieupreservation.org.