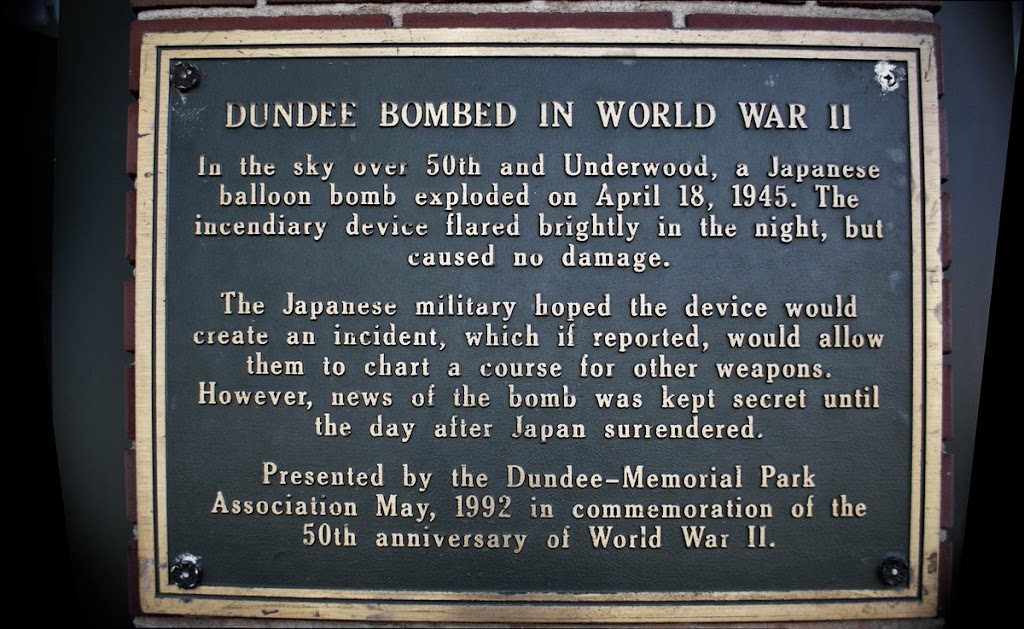 ln the sky over 50th and Underwood, a Japanese
balloon bomb exploded on April 18, 1945. The
incendiary device flared brightly in the night, but
caused no damage.

The Japanese military boped the device would
create an incident, which if reported, would allow
them to chart a course for other weapons.
However, news of the bomb was kept secret until
the day after Japan surrendered.

Presented by the Dundee-Memorial Park
Association May, 1992 in commemoration of the
50th anniversary of World War II.