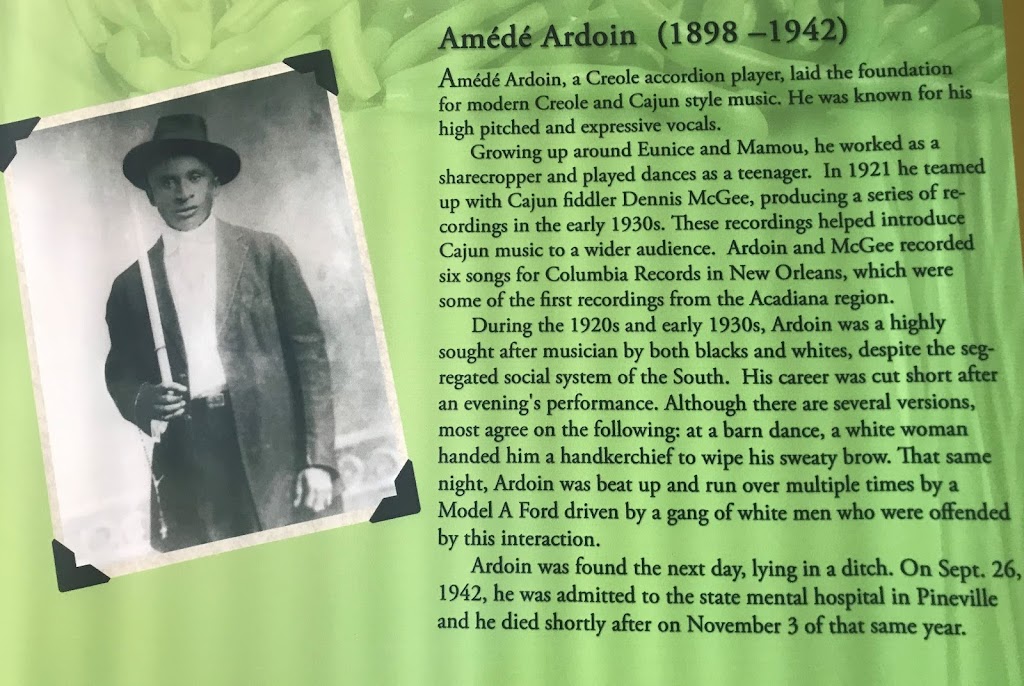 Amédé  Ardoin, a Creole accordion player, laid the foundation for modern Creole and Cajun style music. He was known for his high pitched and expressive vocals. Growing up around Eunice and Mamou, he worked as a sharecropper and played dances as a teenager. In 1921 he teamed up with Cajun fiddler Dennis McGee, producing a series of recordings in the early 1930s. These recordings helped introduce Cajun music to a wider audience. Ardoin and McGee recorded six songs for Columbia Records in New Orleans, which were some of the first recordings from the Acadiana region. During the 1920s and early 1930s, Ardoin was a highly sought after musician by both blacks and whites, despite the segregated social system of the South. His career was cut short after an evening's performance. Although there are several versions, most agree on the following: at a barn dance, a white woman handed him a handkerchief to wipe his sweaty brow. That same night, Ardoin was beat up and run over multiple times by a Model A Ford driven by a gang of white men who were offended by this interaction. Ardoin was found the next day, lying in a ditch. On Sept. 26, 1942, he was admitted to the state mental hospital in Pineville and, he died shortly after on November 3 of that same year.