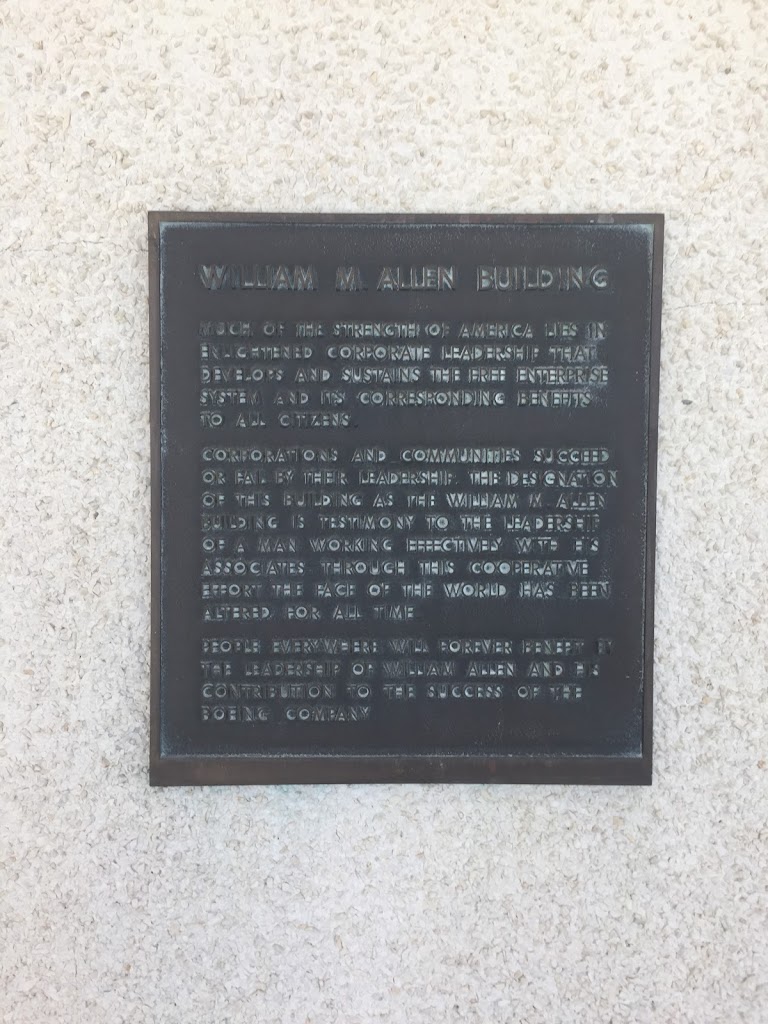 This plaque can be found outside of Building 1 at the Pacific Science Center. It reads:

"Much of the strength of America lies in enlightened corporate leadership that develops and sustains the free enterprise system and its corresponding benefits to all citizens.

"Corporations and communities succeed or fail by their leadership. The designation of this building as the William M. Allen Building is testimony to the leadership of a man working effectively with his associates. Through this co-operative effort, the face of the world has been altered for all time.

"People everywhere will forever benefit by the leadership of William Allen and his contribution to the success of the Boeing Company."

William McPherson Allen was president of Boeing Co from 1945 to 1968, during which time Boeing developed and launched the 367-80 and 707 airplanes; the 707 was the first commercially-successful jet engine airplane and established Boeing as the largest manufacturer of aircrafts and one of the largest employers in the Pacific Northwest.