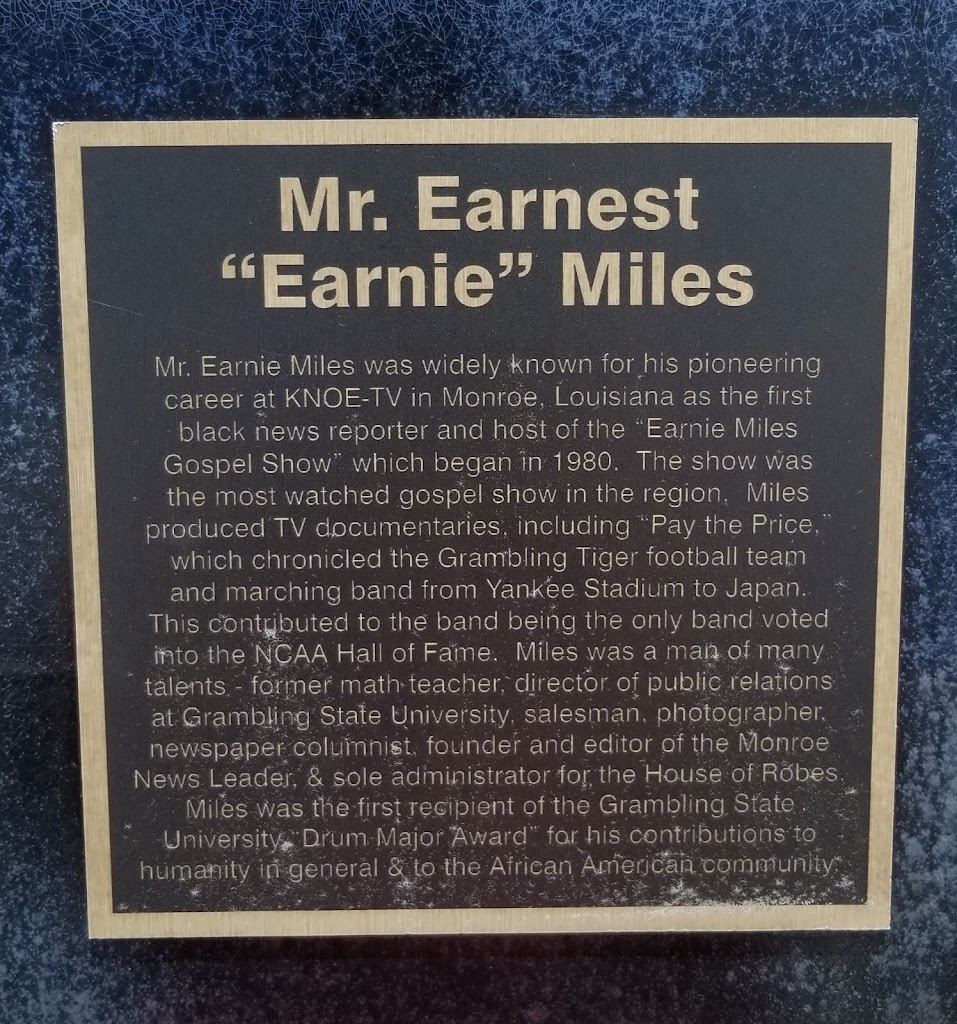 Mr. Earnie Miles was widely known for his pioneering career at KNOE-TV in Monroe, Louisiana as the first black news reporter and host of the "Earnie Miles Gospel Show” which began in 1980. The show was the most watched gospel show in the region. Miles produced TV documentaries, including "Pay the Price," which chronicled the Grambling Tiger football team and marching band from Yankee Stadium to Japan. This contributed to the band being the only band voted into the NCAA Hall of Fame. Miles was a man of many talents - former math teacher, director of public relations at Grambling State University, salesman, photographer, newspaper columnist, founder and editor of the Monroe News Leader, & sole administrator for the House of Robes. Miles was the first recipient of the Grambling State University "Drum Major Award” for his contributions to humanity in general & to the African American community.