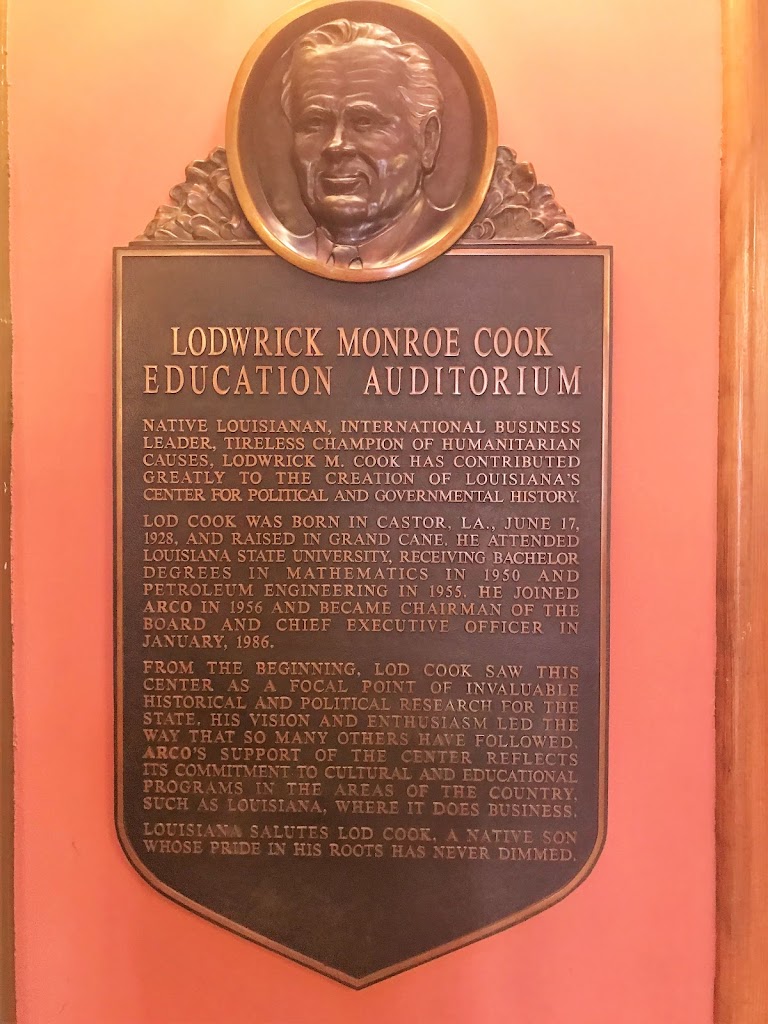 Native Louisianan, international business leader, tireless champion of humanitarian causes, Lodwrick M. Cook has contributed greatly to the creation of Louisiana's center for political and governmental history.
Lod Cook was born in Casstor, LA., June 17, 1928 and raised in Grand Cane. He attended Louisiana State University, receiving Bachelor Degrees in mathematics in 1950 and Petroleum Engineering in 1955. He joined Arco in 1956 and became Chairman of the Board and Chief Executive Officer in January, 1986.
From the beginning, Lod Cook saw this center as a focal point of invaluable historical and political research for the state. His vision and enthusiasm led the way that so many others have followed. Arco's support of the Center reflects its community to culture and educational programs in the areas of the country, such as Louisiana, where it does business.
Louisiana salutes Lod Cook, a native son whose pride in his roots has never dimmed.