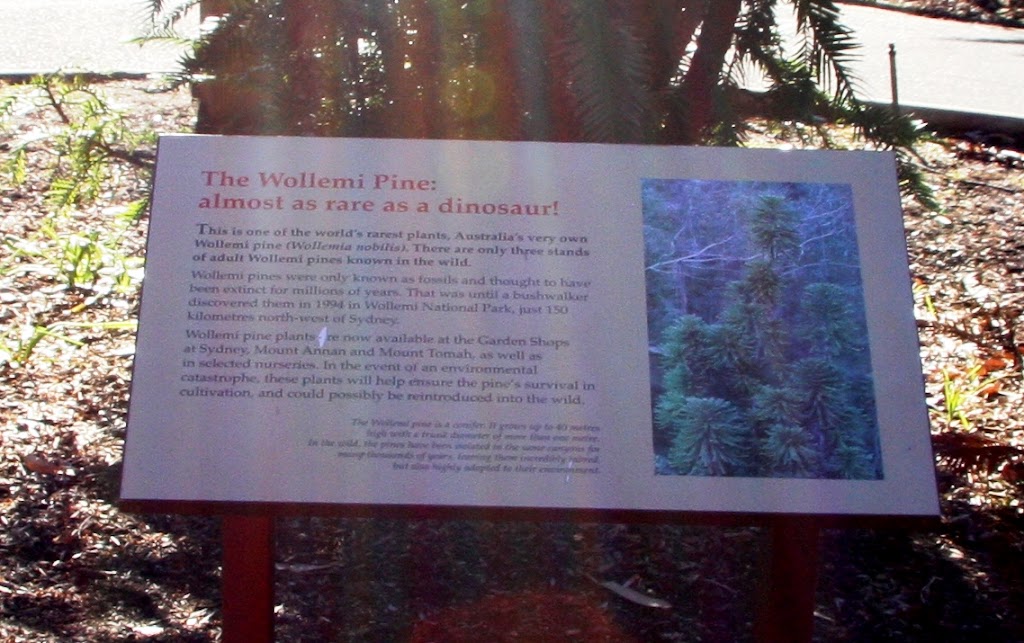 ' The Wollemi Pine: almost as rare as a dinosaur

This is one of the world's rarest plants. Australia's very own Wollemi pine (wollemi nobilis). There are only three  stands of adult Wollemi pines known in the wild.

Wollemi Pines were only known as fossils and thought to have been extinct for millions of years . That was until a bushwalker discovered them in 1994 in Wollemi National Park, just 150 kilometers north-west of Sydney.

Wollemi Pine plants are now available at the Garden Shops at Sydney, Mount Annan and Mount Tomah as well as in selected nurseries. In the event of an environmental catastrophe, these plants will help the pine's survival in cultivation and could possibly be reintroduced into the wild.

The Wollemi Pine is a conifer. It grows up to 40 metres [Sorry can't read the rest, I took the photo from a moving vehicle]

Sir David Attenbough said of the Wollami Pine  "In botanic terms, it is like a zoologist going out and finding a live dinosaur somewhere, a Tyrannosaurus Rex."