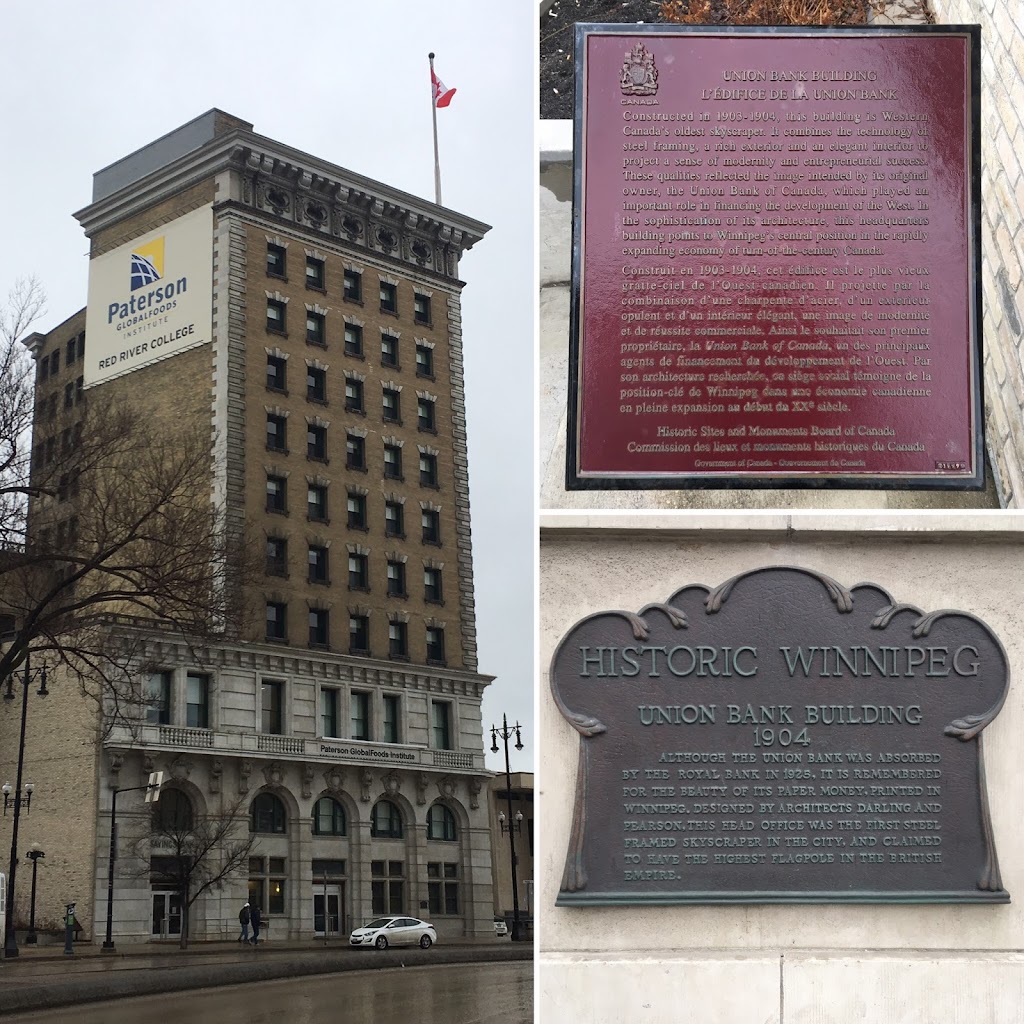 Union Bank Building (Top right plaque. English transcription)
Constructed in 1903-1904, this building is Western Canada's oldest skyscraper. It combines the technology of steel framing, a rich exterior and an elegant interior to project a sense of modernity and entrepreneurial success. These qualities reflected the image intended by its original owner, the Union Bank of Canada, which played an important role in financing the development of the West. In the sophistication of its architecture, this headquarters building points to Winnipeg's central position in the rapidly expanding economy of turn-of-the-century Canada.
Historic Sites and Monuments Board of Canada
Government of Canada

Union Bank Building
1904
Although the Union Bank was absorbed by the Royal Bank in 1925, it is remembered for the beauty of its paper money, printed in Winnipeg. Designed by architects Darling and Pearson, this head office was the first steel framed skyscraper in the city, and claimed to have the highest flagpole in the British Empire.
Submitted by: Matt Kruchak (@MattKruchak on Instagram and Twitter)