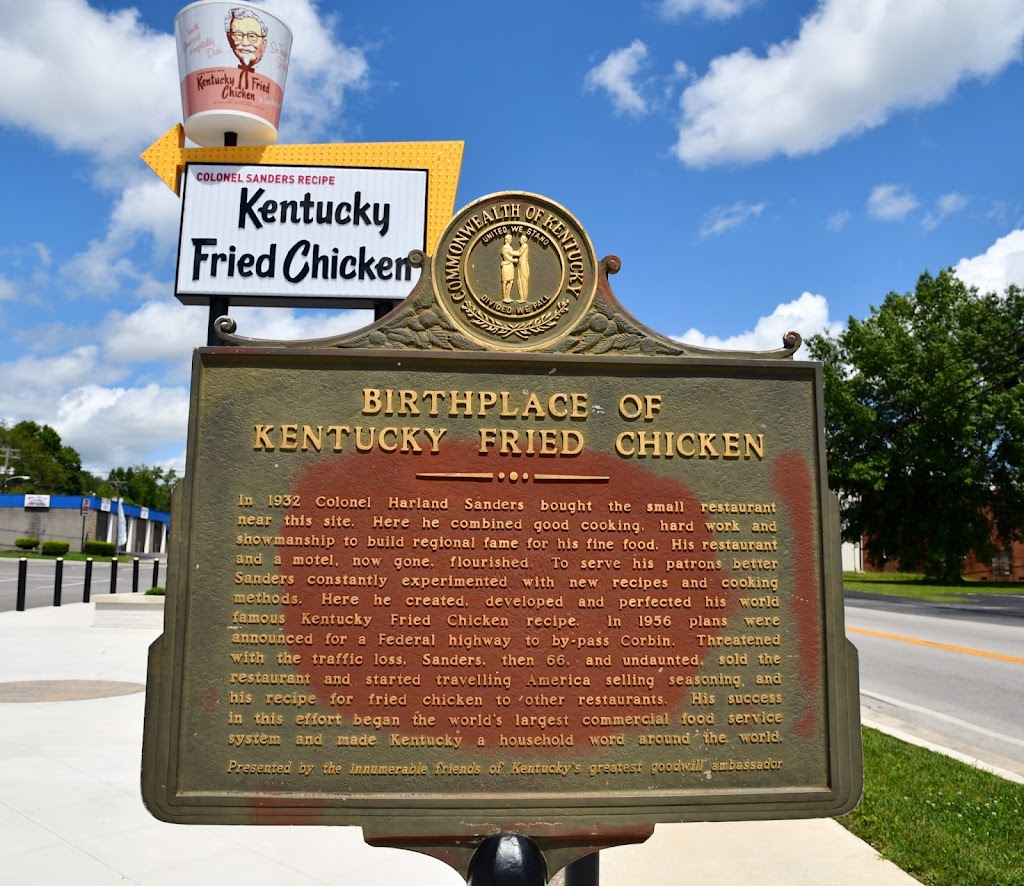 BIRTH OF A LEGEND

Colonel Harland Sanders began the part of this life that brought
him fame in a small gasoline service station on the opposite
side of this highway. Born September 9, 1890, near Henryville,
Indiana, he left school at twelve to support his family. He held
a wide variety of jobs as farmhand, soldier, railroader, secretary,
insurance salesman, and ferryboat operator until 1930 when he
came to Corbin, moved his family into quarters behind the station
and started pumping gasoline. This was then a main route to Florida
from the north. Traffic slowed during the Great Depression,
so Sanders, who enjoyed cooking, augmented his meager income
by selling meals to tourists. His food was liked. His reputation
grew and his career as a restaurateur began.

In 1932 Colonel Harland Sanders bought the small restaurant
near this site. Here he combined good cooking, hard work and
showmanship to build regional fame for his fine food. His restaurant
and a motel, now gone, flourished. To serve his patrons better
Sanders constantly experimented with new recipes and cooking
methods. Here he created, developed and perfected his world
famous Kentucky Fried Chicken Recipe. In 1956 plans were
announced for a Federal highway to by-pass Corbin. Threatened
with the traffic loss, Sander, then 66, and undaunted, sold the
restaurant and started traveling America selling seasoning, and
his recipe for fried chicken to other restaurants. Hi success
in this effort began the world's largest commercial food service
system and made Kentucky a household word around the world.

Submitted by: Mari Adkins and @TheRealHoarse