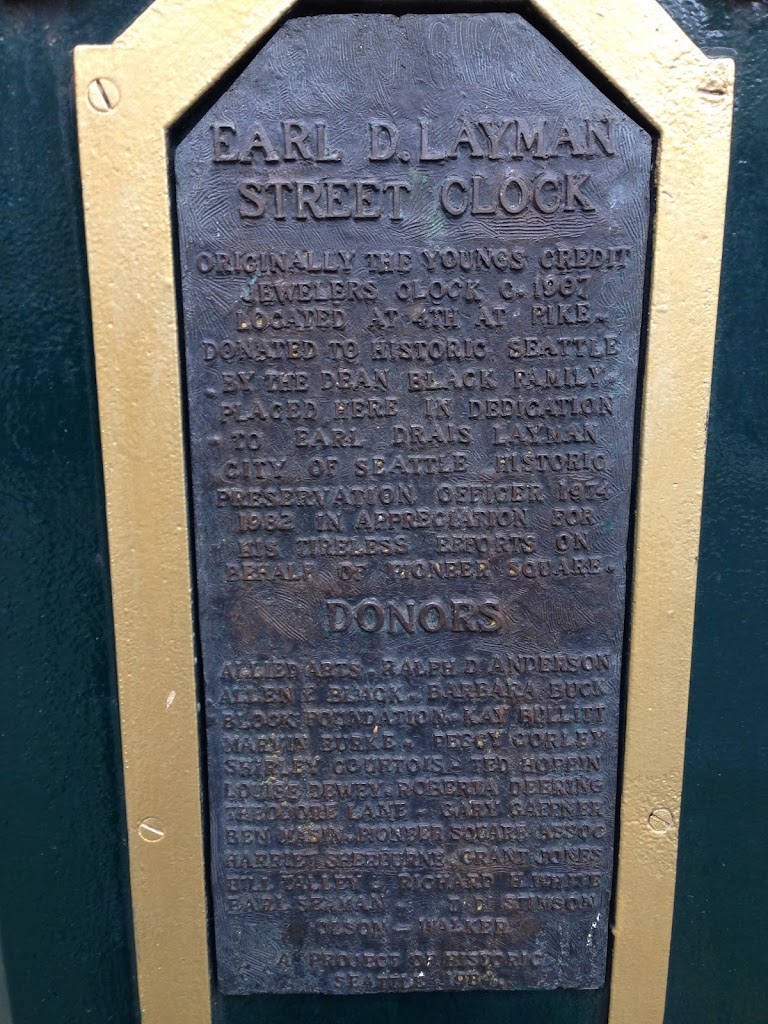 Originally the Young's Credit Jewelers Clock c. 1907 located at 4th and Pike. Donated to Historic Seattle by the Dean Black family. Placed here in dedication to Earl Drais Layman City of Seattle Historic Preservation Officer 1974 - 1982, in appreciation for his tireless efforts on behalf of Pioneer Square.

A project of Historic Seattle 1984