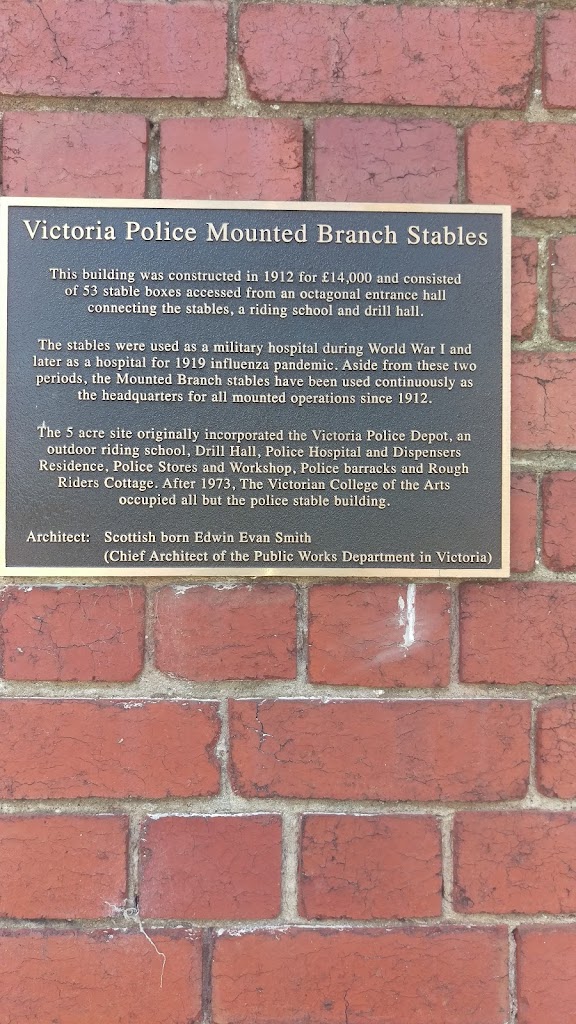 The horses have recently moved out and the builders are in so no idea if this will be here much longer. The punctuation is terrible.

The building was constructed in 1912 for £14,000 and consisted of 53 stable boxes accessed from an octagonal entrance hall connecting the stables, a riding school and drill hall.

The stables were used as a military hospital during World War I and later as a hospital for [the] 1919 influenza pandemic. Aside from these two periods, the Mounted Branch stables have been used continuously as the headquarters for all mounted operations since 1912.