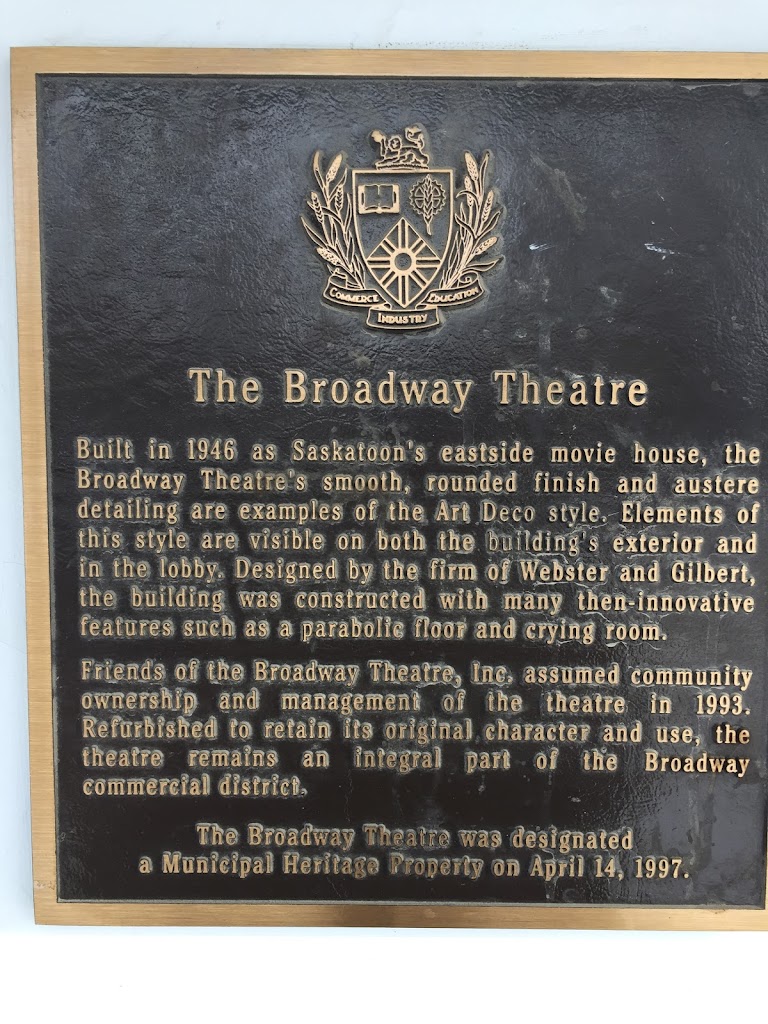 Built in 1946 as Saskatoon's eastside movie house, the

detailing are examples of the Art Deco style. Elements of

this style are visible on both the building's exterior and

in the lobby. Designed by the firm of Webster and Gilbert,

the building was constructed with many then-innovative

features such as a parabolic floor and crying room.

ownership and management of the theatre in 1993.

Refurbished to retain its original character and use, the

theatre remains an integral part of the Broadway

The Broadway Theatre was designated