To the Officers and Soldiers Killed 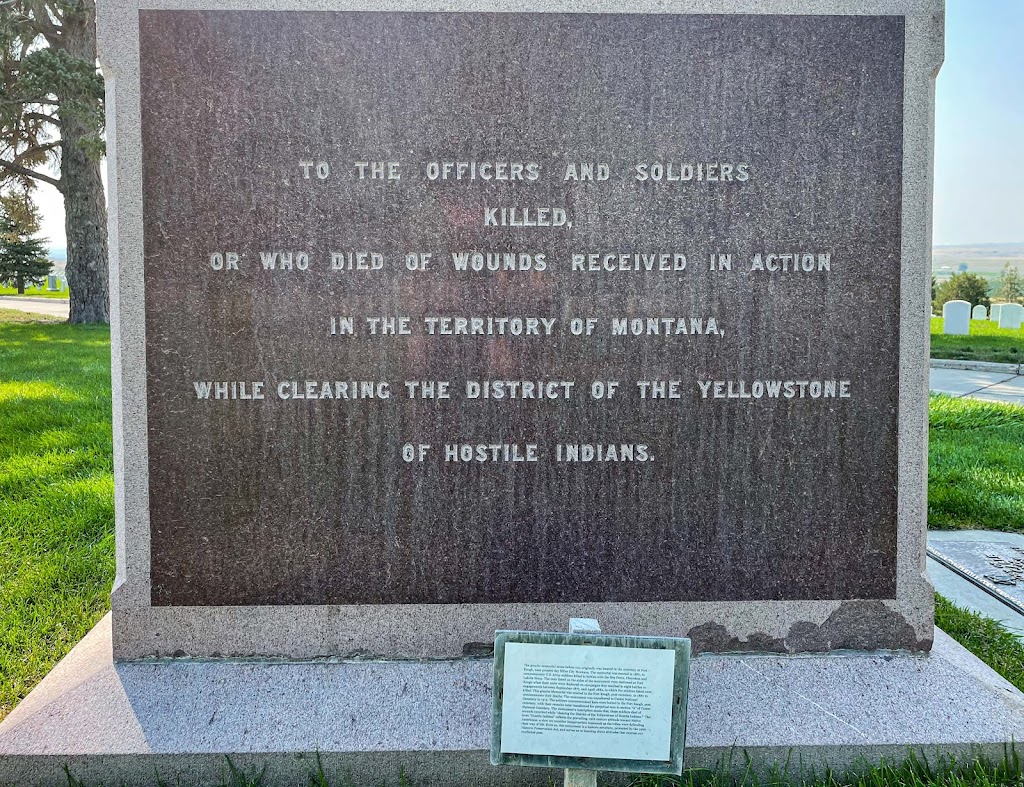 To the officers and soldiers killed or who died of wounds received in action in the territory of Montana while clearing the District of the Yellowstone of Hostile Indians.

And here's the much longer text offering an explanation, if not an apology, for the language used in the 1881 memorial:

"The granite memorial stone before you originally was located in the cemetery at Fort Keogh, near present day Miles City, Montana. The memorial was erected in 1881, to commemorate U.S. Army soldiers killed in battles with the Nez Perce, Cheyenne and Lakota Sioux. The men listed on the sides of the monument [here, here and here] were stationed at Fort Keogh when their units were deployed on campaigns that resulted in eight battles or engagements between September 1877 and April 1880 in which the soldiers listed were killed. The granite Memorial was erected in the Fort Keogh post cemetery in 1881 to commemorate their deaths. The monument was transferred to Custer National Cemetery in 1912. The soldiers commemorated here were buried in the Fort Keogh post cemetery, with their remains later transferred for perpetual care to section “A” of Custer National Cemetery. The monument’s inscription states that these soldiers died of wounds incurred while “clearing the District of the Yellowstone of Hostile Indians.” The term “Hostile Indians” reflects the prevailing 19th century attitude toward Native Americans; a view we consider inappropriate inasmuch as the tribes were defending their way of life. Even so, this monument is a historic structure, protected by the 1966 Historic Preservation Act, and serves us in learning about attitudes that express our conflicted past." 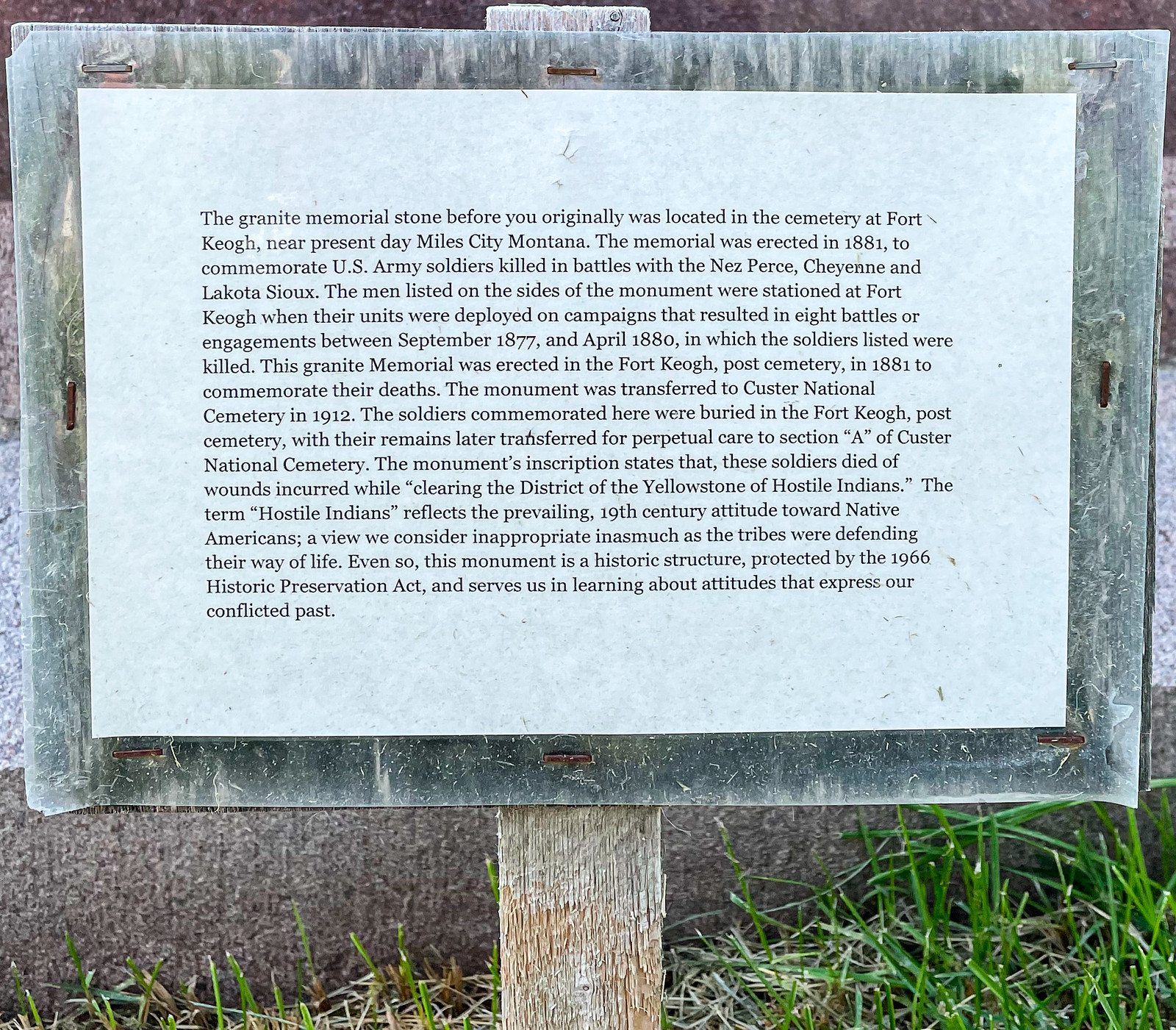 I'll note that most of those who died were killed in the Bear Paw Mountains battle against the Nez Perce, who had been cornered by cavalry and infantry after a flight of nearly 1,200 miles. It's not a happy chapter in "our conflicted past."