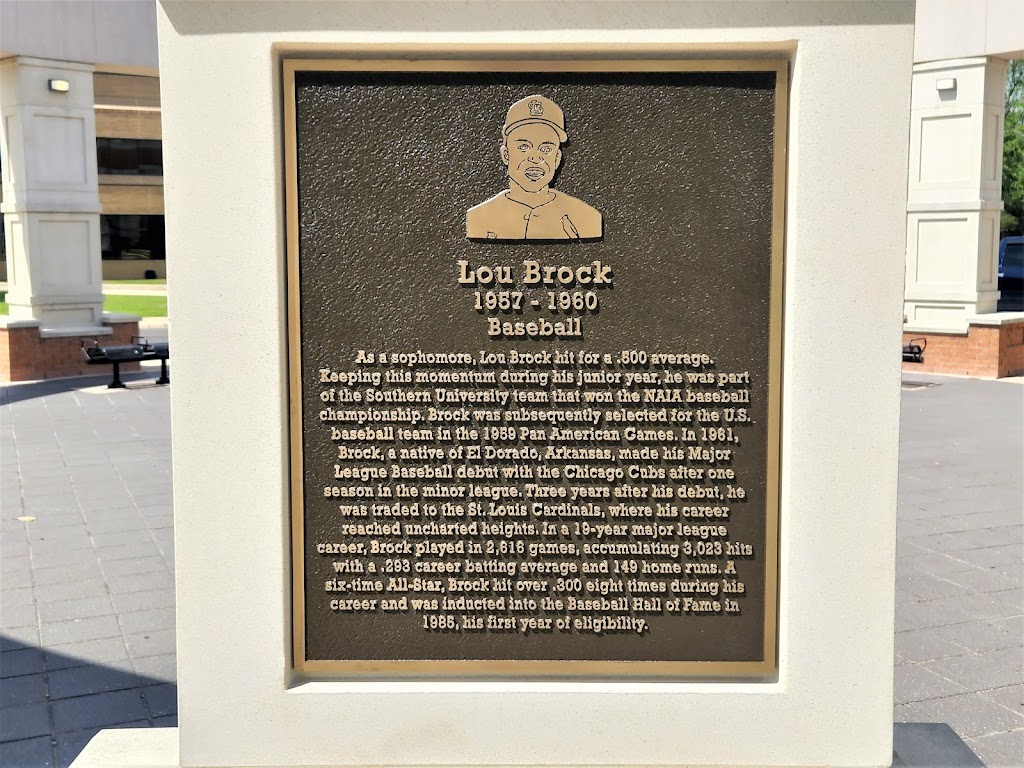 1957-1960
Baseball
As a sophomore, Lou Brock hit for a .500 average. Keeping this momentum during his junior year, he was part of the Southern University team that won the NAIA baseball championship. Brock was subsequently selected for the U.S. baseball team in the 1959 Pan American Games. In 1961, Brock, a native of El Dorado, Arkansas, made his Major League Baseball debut with the Chicago Cubs after one season in the minor league. Three years after his debut, he was traded to the St. Louis Cardinals, where his career reached uncharted heights. In a 19-year major league career, Brock played in 2,616 games, accumulating 3,023 hits with a .293 career batting average and 149 home runs. A six-time All-Star, Brock hit over .300 eight times during his career and was inducted into the Baseball Hall of Fame in 1985, his first year of eligibility.