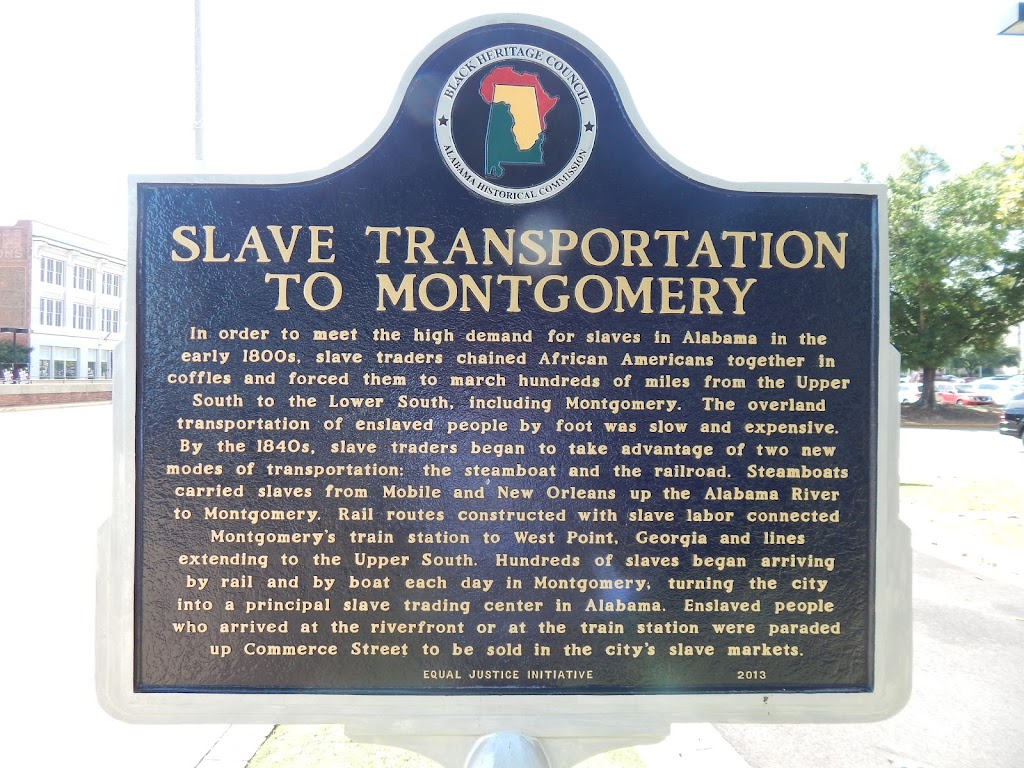 In order to meet  the high demand for slaves in Alabama in the
early 1800s, slave traders chained African Americans together in
coffles and forced them to march hundreds of miles from the Upper
South to the Lower South, including Montgomery. The overland
transportation of enslaved people by foot was slow and expensive.

By the 1840s, slave traders began to take advantage of two new
modes of transportation: steamboat and the railroad. Steamboats
carried slaves from. Mobile and New Orleans up the Alabama River
to Montgomery. Rail routes constructed with slave labor connected
Montgomery’s train station to West Point, Georgia and lines
extending to the Upper South. Hundreds of slaves began arriving
by rail and by boat each day in Montgomery, turning the city
into a principal slave trading center in Alabama. Enslaved people
who arrived at the riverfront or at the train station were paraded
up Commerce Street to be sold in the city’s slave markets.