The Story of Teddy Bears 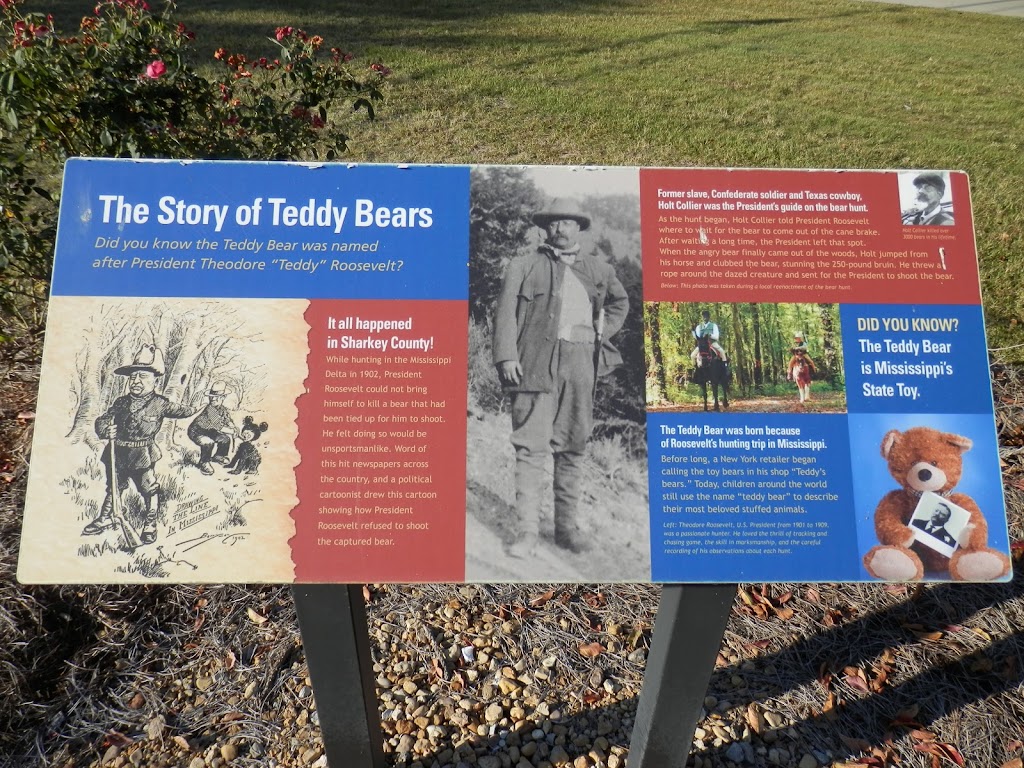 Did you know the Teddy Bear was named after President Theodore "Teddy" Roosevelt?

It all happened in Sharkey County!
While hunting in the Mississippi Delta in 1902, President Roosevelt could not bring himself to kill a bear that had been tied up for him to shoot. He felt doing so would be unsportsmanlike. Word of this hit newspapers across the country, and a political cartoonist drew this cartoon showing how President Roosevelt refused to shoot the captured bear.

Former slave, Confederate soldier and Texas cowboy, Holt Collier was the President's guide on the bear hunt.
As the hunt began, Holt Collier told President Roosevelt where to wait for the bear to come out of the cane brake. After waiting a long time, the President left that spot. When the angry bear finally came out of the woods, Holt jumped from his horse and clubbed the bear, stunning the 250-pound bruin. He threw a rope around the dazed creature and sent for the President to shoot the bear.

Did You Know? The Teddy Bear is Mississippi's State Toy.

The Teddy Bear was born because of Roosevelt's hunting trip in Mississippi.
Before long, a New York retailer began calling the toy bears in his shop "Teddy's bears." Today, children around the world still use the name "teddy bear" to describe their most beloved stuffed animals.

Below: This photo was token during a local reenactment of the bear hunt.
Left: Theodore Roosevelt. U.S. President from 1901 to 1909, was a passionate hunter. He loved the thrill of tracking and chasing game. the skill in marksmanship, and the careful recording of his observations about each hunt.