Inspired by the Palazzo Della Cancellerina 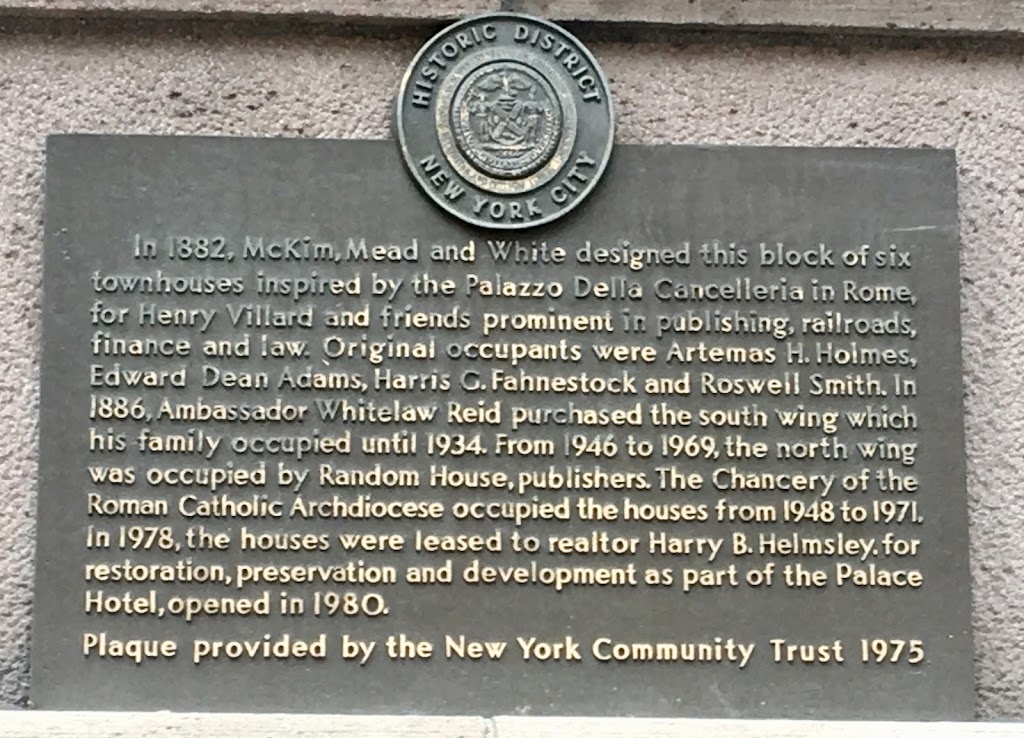 \
In 1882, MCKim, Mead and White designed this block of six
townhouses inspired by the Palazzo Della Cancelleria in Rome,
for Henry Villard and friends prominent in publishing, railroads,
finance and law. Original occupants were Artemas H. Hoimes,
Edward Dean Adams, Harris G. Fahnestock and Rosweil Smith. In
1886, Ambassador Whitelaw Reid purchased the south wing which
his family occupied until 1934. From 1946 to 1969, the north wing
was occupied by Random House, publishers. The Chancery of the
Roman Catholic Archdiocese occupied the houses from 1948 to 1971.
in 1978, the houses were leased to realtor Harry B. Helmsley. for
restoration, preservation and development as part of the Palace
Hotel, opened in 1980.
Plaque provided by the New York Community Trust 1975