The Liberation of Jane Johnson 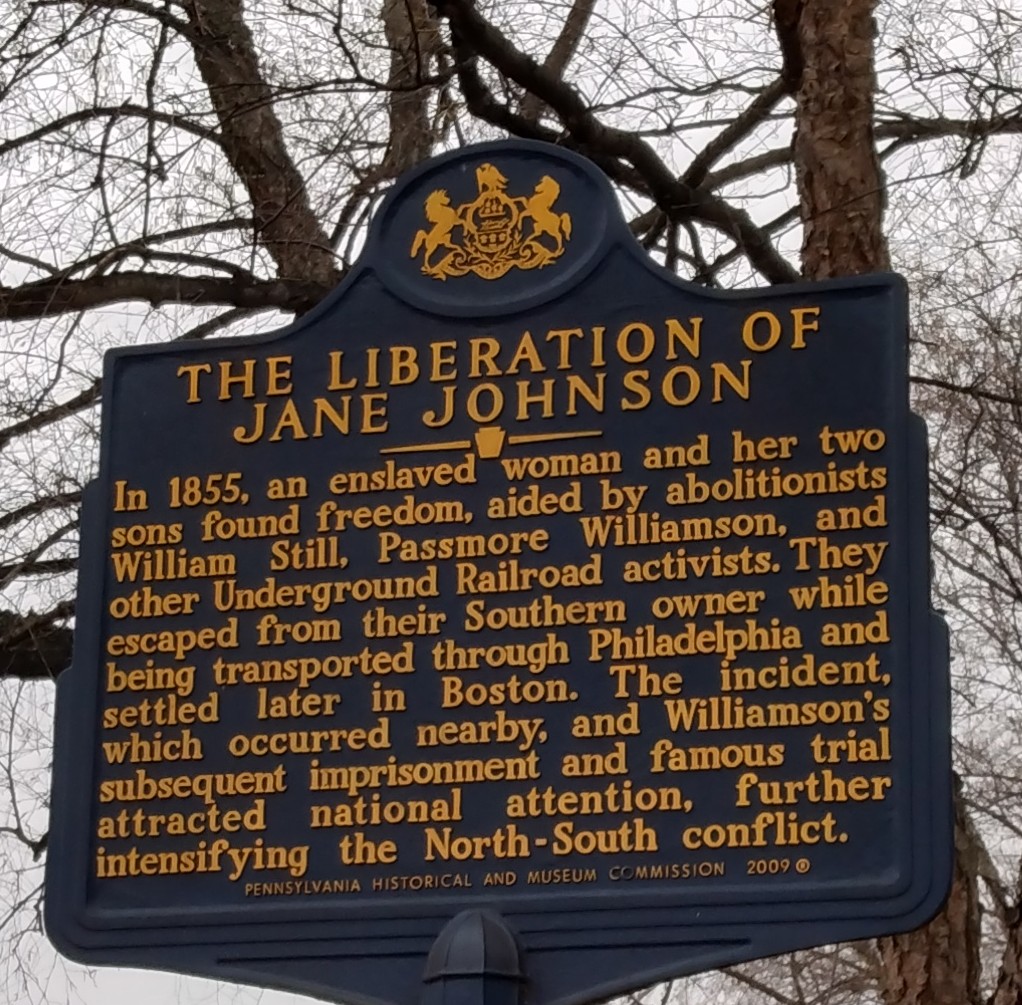 THE LIBERATION OF
JANE JOHNSON
In 1855, an enslaved woman and her two
sons found freedom, aided by abolitionists
William Still, Passmore Williamson, and
other Underground Railroad activists. They
escaped from their Southern owner while
being transported through Philadelphia and
settled later in Boston. The incident,
which occurred nearby, and Williamson's
subsequent imprisonment and famous trial
attracted national attention, further
intensifying the North-South conflict.
PENNSYLVANIA HISTORICAL AND MUSEUM COMMISSION 2009