The History Of Commercial Fishing In Wrangell, Alaska 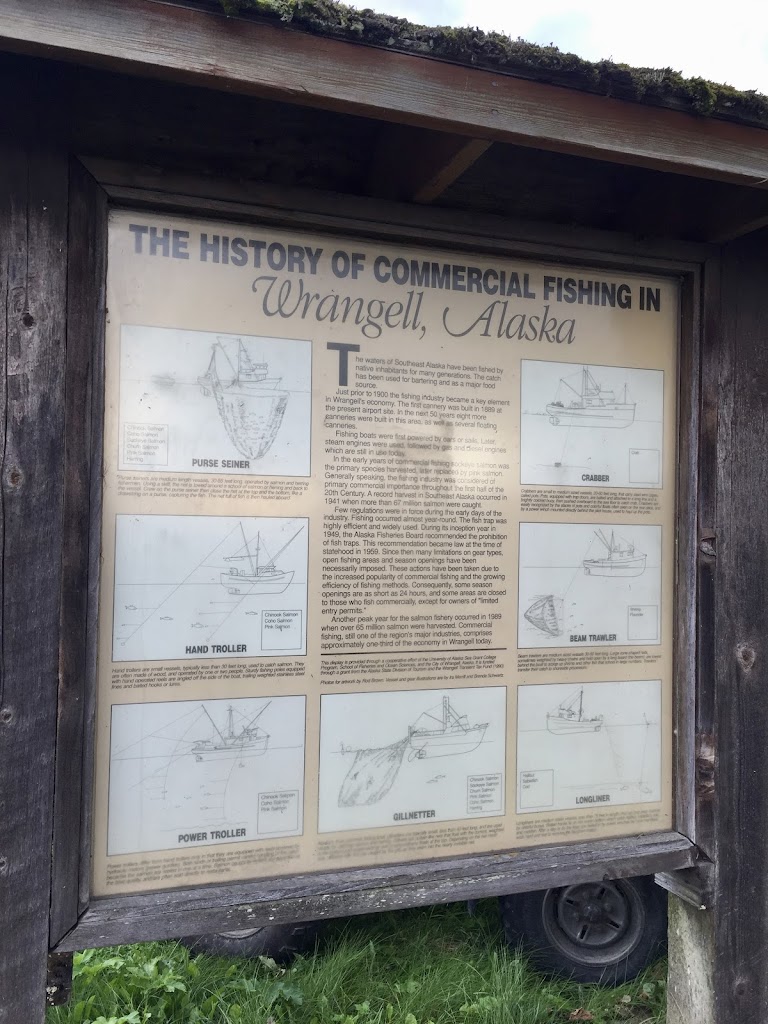 The History Of Commercial Fishing In Wrangell, Alaska.
The waters of Southeast Alaska have been fished by native inhabitants for many generations. The catch has been used for bartering and as a major food source.
Just prior to 1900 the fishing industry became a key element in Wrangell's economy. The first cannery was built in 1889 at the present airport site. In the next 50 years eight more canneries were built in this area, as well as several floating canneries.
Fishing boats were first powered by oars or sails. Later, steam engines were used, followed by gas and diesel engines which are still in use today.
In the early years of commercial fishing sockeye salmon was the primary species harvested, later replaced by pink salmon. Generally speaking, the fishing industry was considered of primary commercial importance throughout the first half of the 20th Century. A record harvest in Southeast Alaska occurred in 1941 when more than 67 million salmon were caught.
Few regulations were in force during the early days of the industry. Fishing occurred almost year-round. The fish trap was highly efficient and widely used. During its inception year in 1949, the Alaska Fisheries Board recommended the prohibition of fish traps. This recommendation became law at the time of statehood in 1959. Since then many limitation on gear types, open fishing areas and season openings have been necessarily imposed. These actions have been taken due to the increased popularity of commercial fishing and the growing efficiency of fishing methods. Consequently, some season openings are as short as 24 hours, and some areas are closed to those who fish commercially, except for owners of "limited entry permits."
Another peak year for the salmon fishery occurred in 1989 when over 65 million salmon were harvested. Commercial fishing, still one of the region's major industries, comprises approximately one-third of the economy in Wrangell today.

This display is provided through a cooperative effort of the University of Alaska Sea Grant College Program, School of Fisheries and Ocean Sciences, and the City of Wrangell, Alaska. It is funded through a grant from the Alaska State Division of Tourism and the Wrangell Transient Tax Fund (1990).

Photos for artwork by Rod Brown, Vessel and gear illustrations are by Ira Merill and Brenda Schwartz.

Purse Seiner
Purse seiners are medium length vessels, 30-55 feet long, operation by salmon and herring fishermen. Using a skiff, the net is towed around a school of salmon or herring and back to the vessel. Crew on the purse seiner then close the net at the top and the bottom, like a drawstring on a purse, capturing the fish. The net full of fish is them hauled aboard.

Hand Troller
Hand trollers are small vessels, typically less than 30 feet long, used to catch salmon. They are often made of wood, and operated by one or two people. Sturdy fishing poles equipped with hand operated reels are angled off the side of the boat, trailing weighted stainless steel lines and baited hooks or lures.


Crabber
Crabbers are small to medium sized vessels, 20-60 feet long that carry steel wire cages called pots. Pots, equipped with trap doors, are baited and attached to a long line and a brightly colored buoy, them pushed overboard to the sea floor to catch crab. crabbers are easily recognized by the stacks of pots and colorful floats often seen on the rear deck, and by a power winch mounted directly behind the pilot house, used to haul up the pots.

Beam Trawler
Beam trawlers are medium sized vessels 30-60 feet long. Large cone-shaped nets, sometimes weighted by heavy chains and help open by a long board (the beam), are towed behind the boat to scoop up shrimp and other fish that school in larger numbers. Trawlers transfer their catch to shoreside processors.