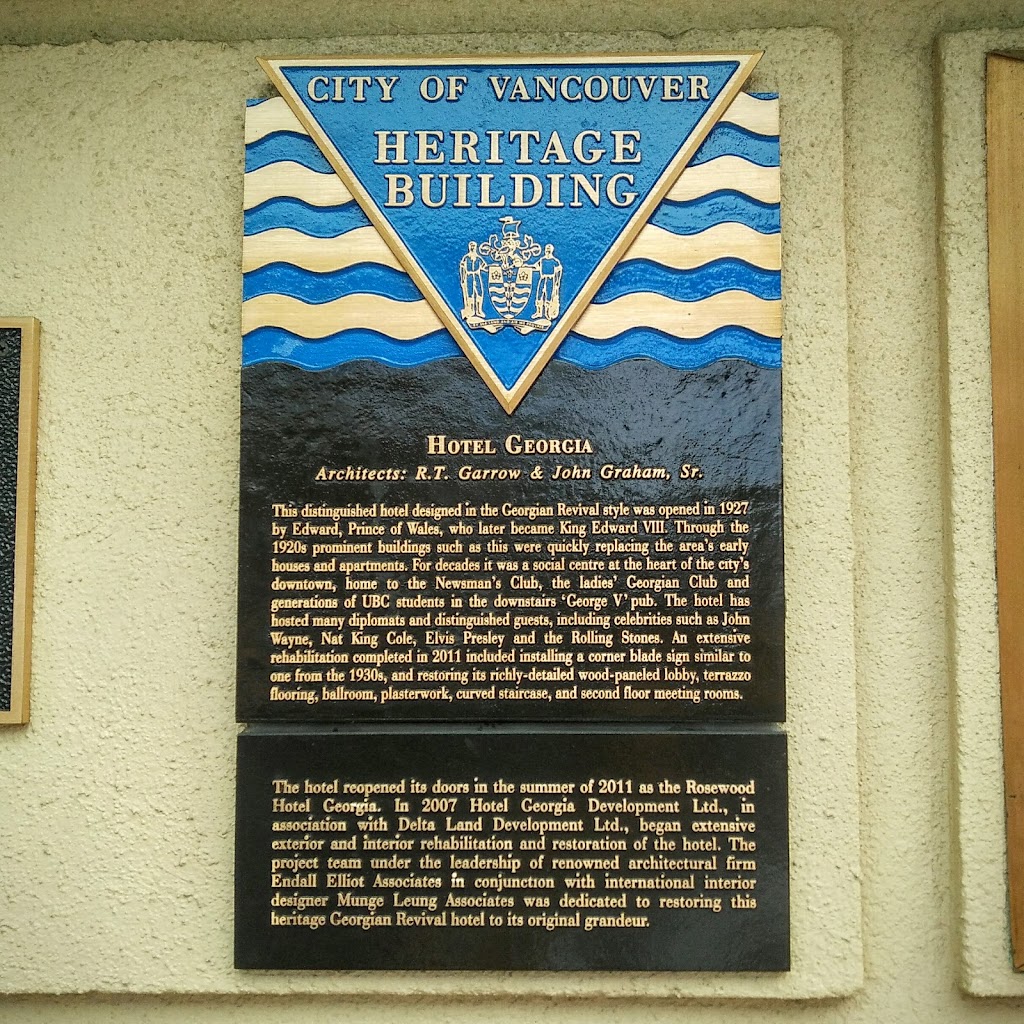 This distinguished hotel designed in the Georgian Revival style was opened in 1927 by Edward, Prince of Wales, who later became King Edward VIII. Through the 1920s prominent building such as this were quickly replacing the area’s early houses and apartments. For decades it was a social centre at the heart of the city’s downtown, home to the Newsman’s Club, the ladies’ Georgian Club and generations of UBC students in the downstairs ‘George V’ pub. The hotel has hosted many diplomats and distinguished guests, including celebrities such as John Wayne, Nat King Cole, Elvis Presley and the Rolling Stones. An extensive rehabilitation completed in 2011 included installing a corner blade sign similar to one from the 1930s, and restoring its richly-detailed wood-paneled lobby, terrazzo flooring, ballroom, plasterwork, curved staircase, and second floor meeting rooms.

The hotel reopened its doors in the summer of 2011 as the Rosewood Hotel Georgia. In 2007 Hotel Georgia Development Ltd., in association with Delta Land Development Ltd., began extensive exterior and interior rehabilitation and restoration of the hotel. The project team under the leadership of renowned architectural firm Endall Elliot Associates in conjunction with international interior designed Munge Leung Associates was dedicated to restoring this heritage Georgian Revival hotel to its original grandeur.