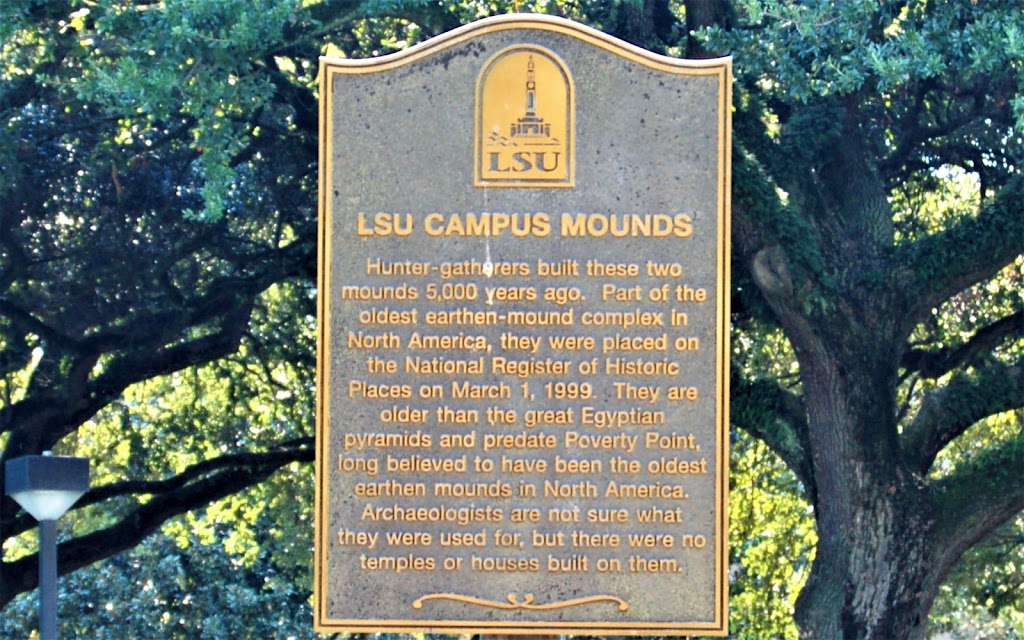 Hunter-gatherers built these two mounds 5,000 years ago. Part of the oldest earthen-mound complex in North America,they were placed on the National Register of Historic Places on March 1, 1999. They are older than the Egyptian pyramids, and predate Poverty Point, long believed to have been the oldest earthen mounds in North America. Archaeologists are not sure what they were used for, but there were no temples or houses built on them.