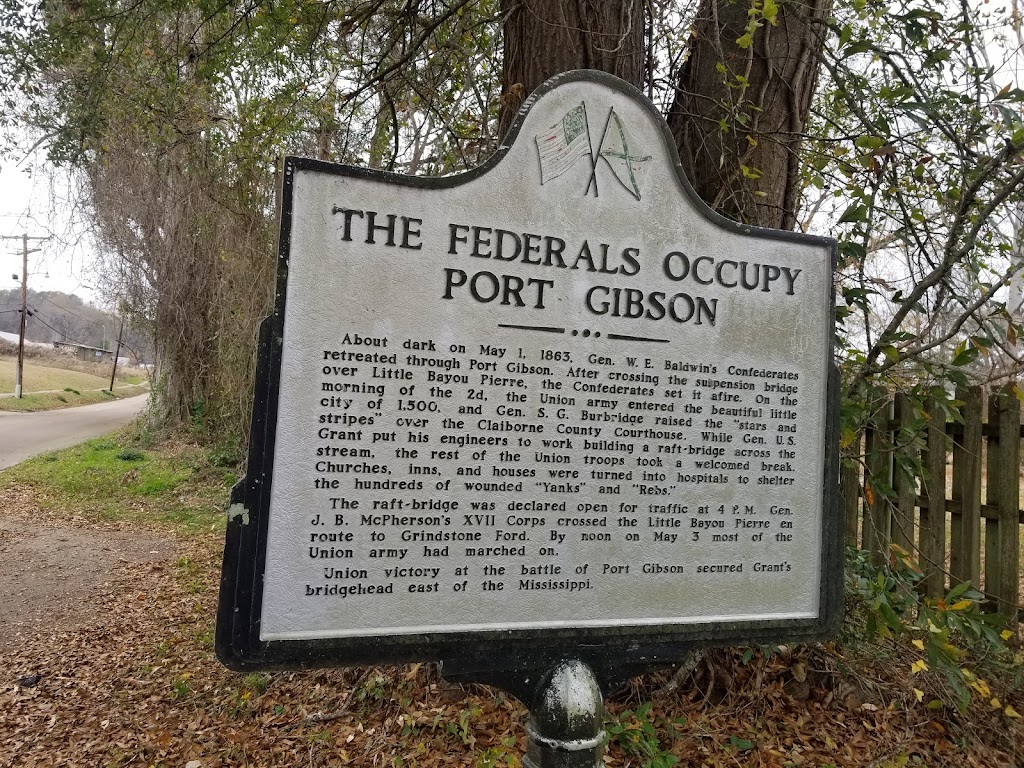 About dark on May 1, 1863, Gen. W. E. Baldwin's Confederates retreated through Port Gibson. After crossing the suspension bridge over Little Bayou Pierre, the Confederates set it afire. On the morning of the 2d. the Union army entered the beautiful little city of 1,500, and Gen. S.G. Burbridge raised the "stars and stripes" over the Claiborne County Courthouse. While Gen. U.S. Grant put his engineers to work building a raft-bridge across the stream, the rest of the Union troops took a welcomed break. Churches, inns and houses were turned into hospitals to shelter the hundreds of wounded "Yanks" and "Rebs."The raft-bridge was declared open for traffic at 4 P. M. Gen. J. B. McPherson's XVII Corps crossed the Little Bayou Pierre en route to Grindstone Ford. By noon on May 3 most of the Union army had marched on.Union victory at the battle of Port Gibson secured Grant's bridgehead east of the Mississippi.