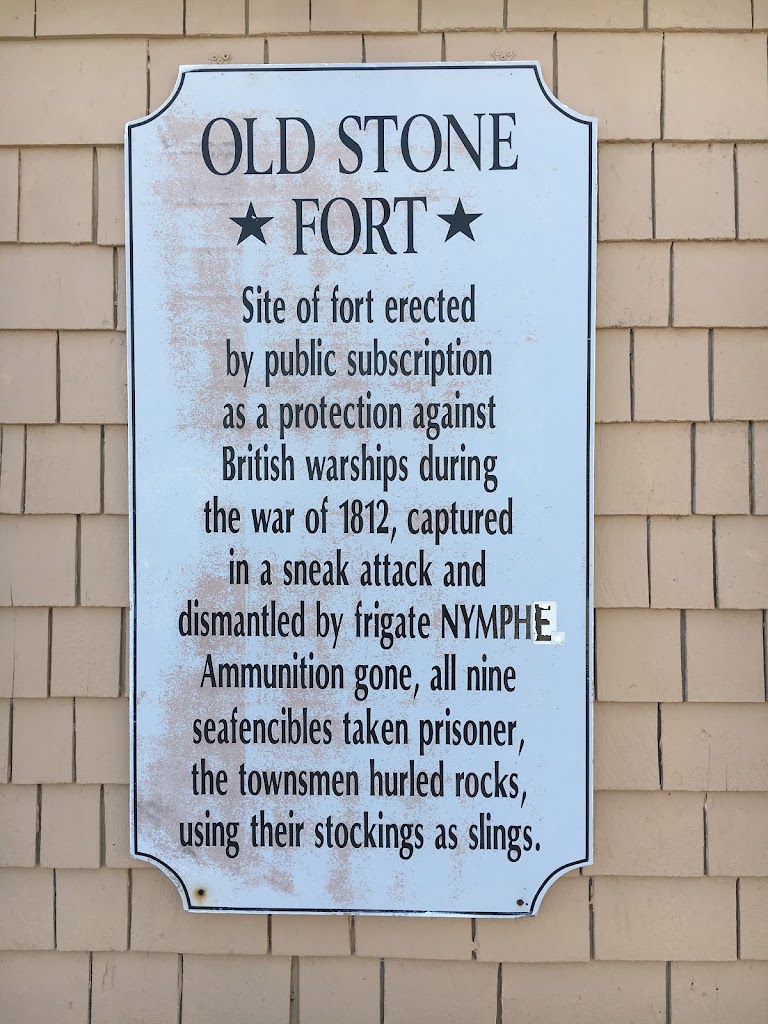 Site of fort erected by public subscription as a protection against British warships during the war of 1812, captured in a sneak attack and dismantled by frigate NYMPHE. Ammunition gone, all nine seafencibles taken prisoner, the townsmen hurled rocks, using their stockings as slings.

The E on NYMPHE has been replaced at least once, suggesting possible graffiti damage (adding an O?).

Find a nice article about the unlikely story of the stocking slings here: https://kryhul.wordpress.com/2012/12/28/a-war-of-1812-tale-thatll-knock-your-socks-off/