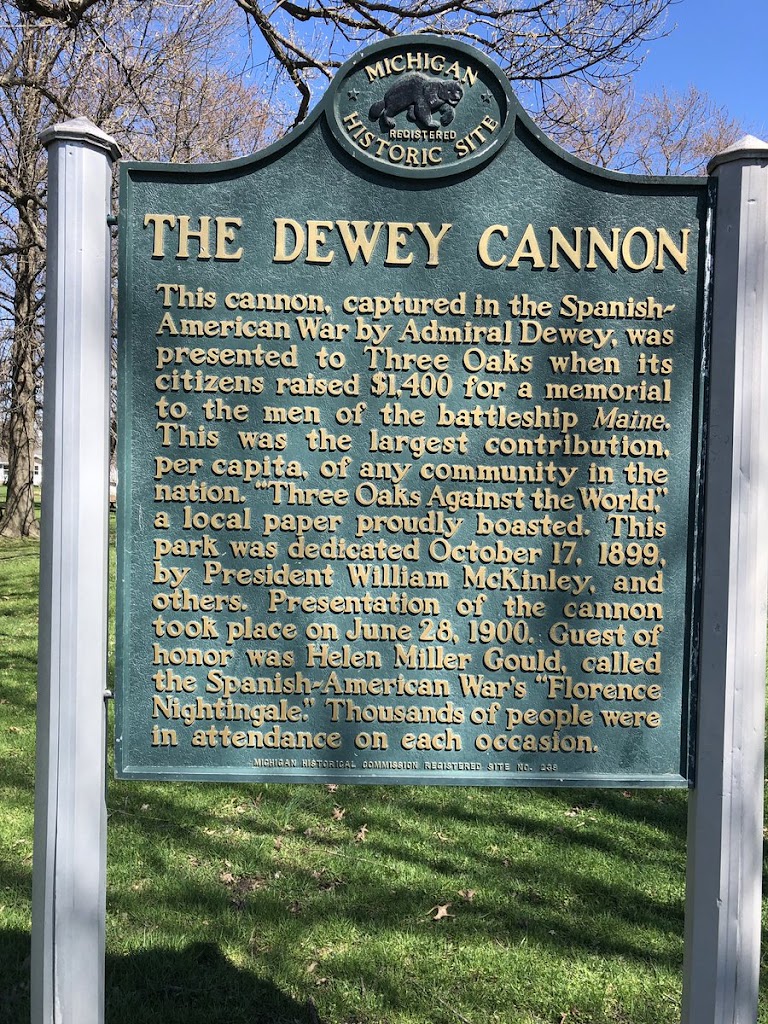 THE DEWEY CANNON
This cannon, captured in the Spanish-
American War by Admiral Dewey, was
presented to Three Oaks when its
citizens raised $1400 for a memorial
to the men of the battleship Maine.
This was the largest contribution,
per capita, of any community in the
nation. "Three Oaks Against the World"
a local paper proudly boasted. This
park was dedicated October 17. 1899,
by President William McKinley, and
others. Presentation of the cannon
took place on June 28, 1900. Guest of
honor was Helen Miller Gould, called
the Spanish-American War's "Florence
Nightingale!" Thousands of people were
in attendance on each occasion.
Submitted by @Susannist