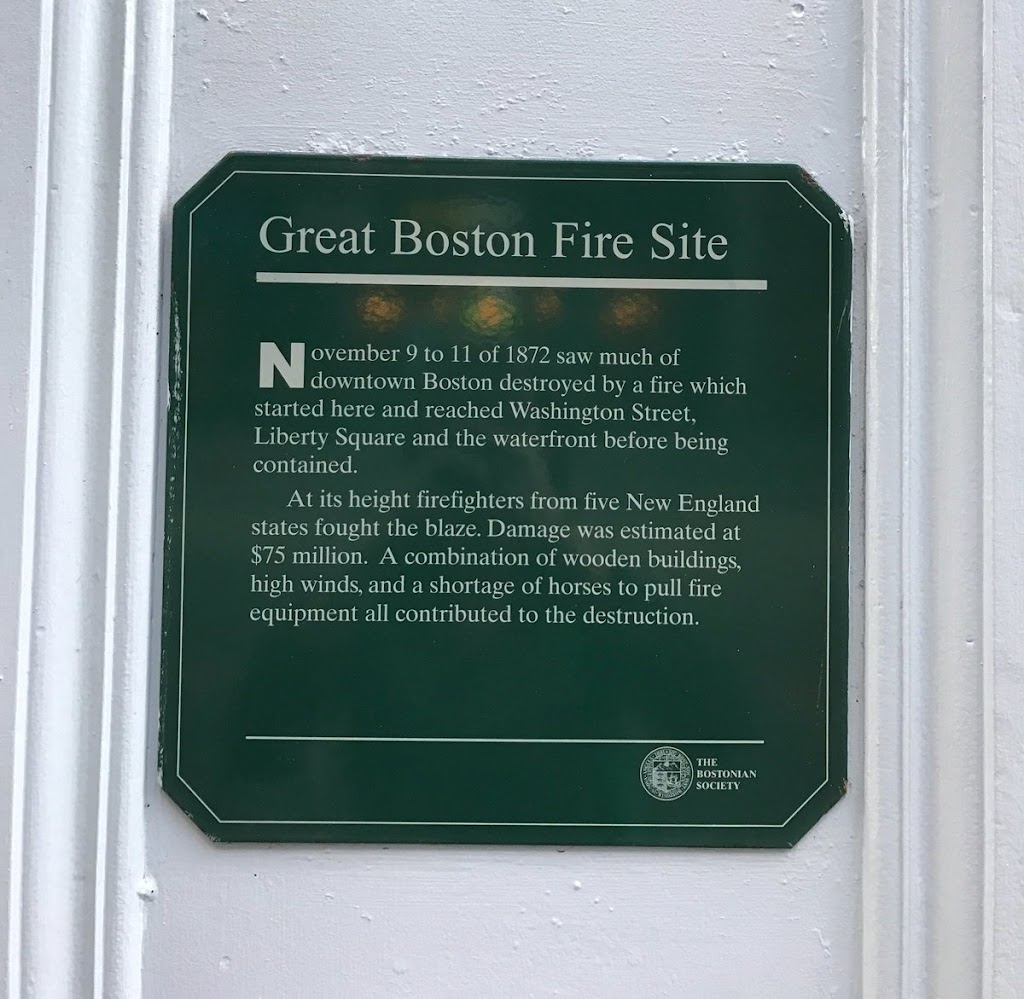 November 9 to 11 of 1872 saw much of
downtown Boston destroyed by a fire which
started here and reached Washington Street,
Liberty Square and the waterfront before being
contained.

At its height, firefighters from five New England
states fought the blaze. Damage was estimated at
$75 million. A combination of wooden buildings,
high winds, and a shortage of horses to pull the fire
equipment all contributed to the destruction.