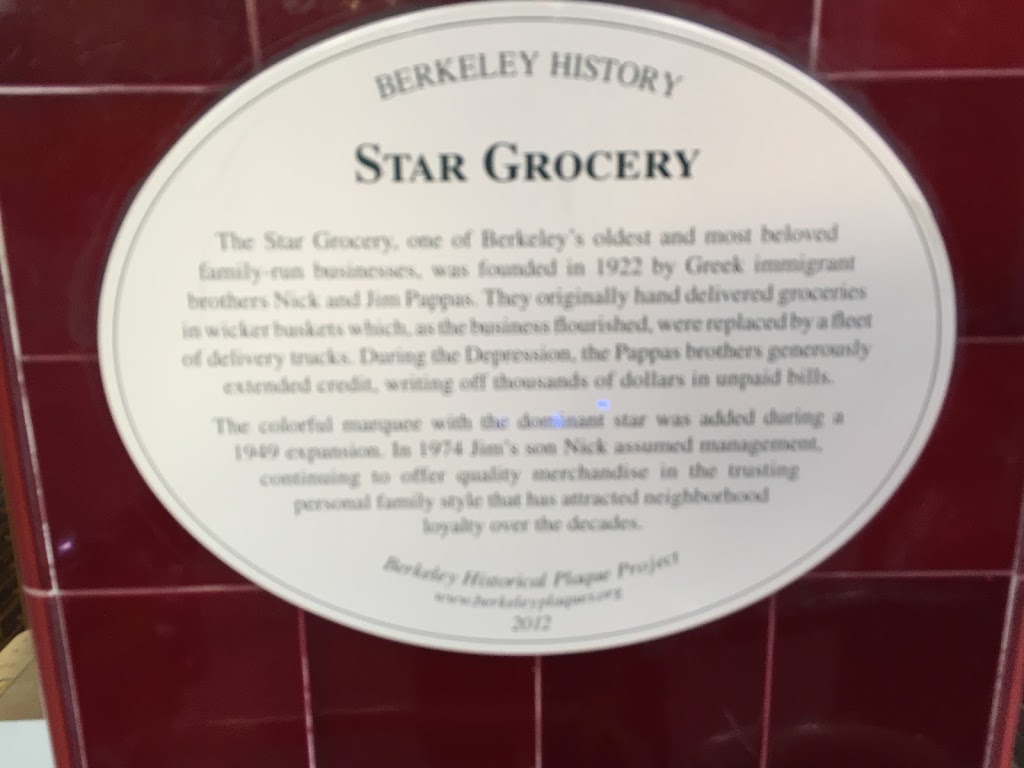 BERKELEY HISTORY STAR GROCERY The Star Grocery, one of Berkeley’s oldest and most beloved family run businesses, was founded in 1922 by Greek immigrant brothers Nick and Jim Pappas. They originally hand delivered groceries in wicker baskets which, as the business flourished, were replaced by a fleet of delivery trucks. During the Depression, the Pappas brothers generously extended credit, writing off thousands of dollars in unpaid bills. The colorful marquee with the dominant star was added during a 1949 expansion. In 1974 Jim’s son Nick assumed management, continuing to offer quality merchandise in the trusting personal family style that has attracted neighborhood loyalty over the decades. Berkeley Historical Plaque Project 2012