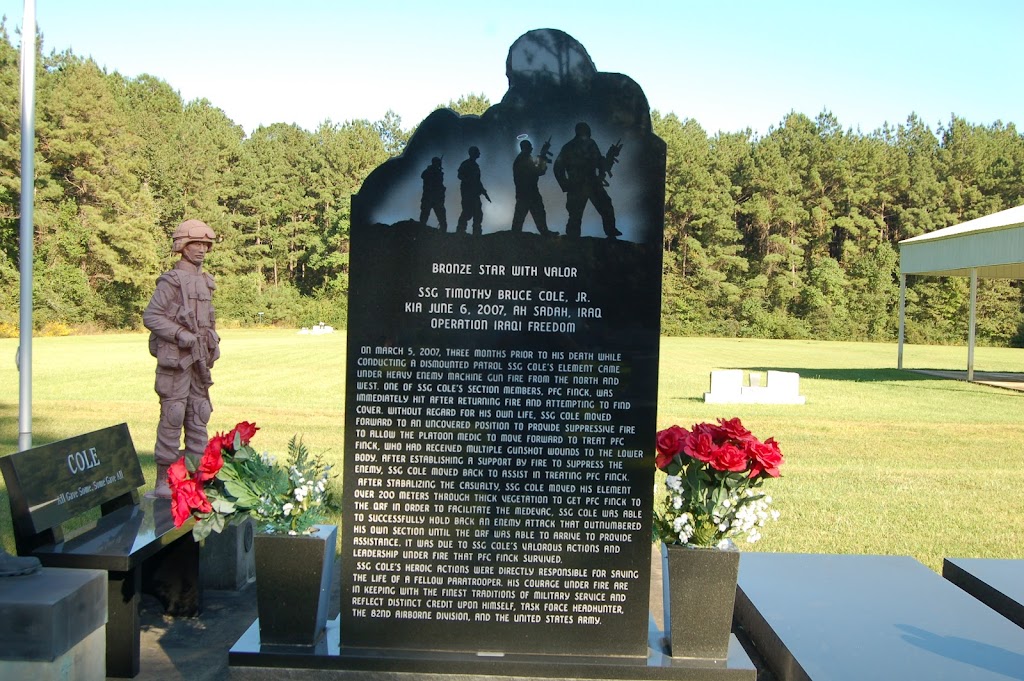 On March 5, 2007, three months prior to his death while conducting a dismounted patrol SSG Cole's element came under heavy enemy machine gun fire from the north and west. One of SSG Cole's section members, PFC Finck, was immediately hit after returning fire and attempting to find cover. Without regard for his own life, SSG Cole moved forward to an uncovered position to provide suppressive fire to allow the platoon medic to move forward to treat PFC Finck, who had received multiple gunshot wounds to the lower body. After establishing a support by fire to suppress the enemy, SSG Cole moved back to assist in treating PFC. Finck. After stabalizing the casualty, SSG Cole moved his element over 200 meters through thick vegetation to get PFC Finck to the QRF in order to facilitate the Medvac, SSG Cole was able to successfully hold back an enemy attack that outnumbered his own section until the QRF was able to arrive to provide assistance. It was due to SSG Cole's valorous actions and leadership under fire that PFC Finck survived.

SSG Cole's heroic actions were directly responsible for saving the life of a fellow paratrooper. His courage under fire are in keeping with the finest traditions of Military service and reflect distinct credit upon himself, Task Force Headhunter, The 82nd Airborne Division and the United States Army.