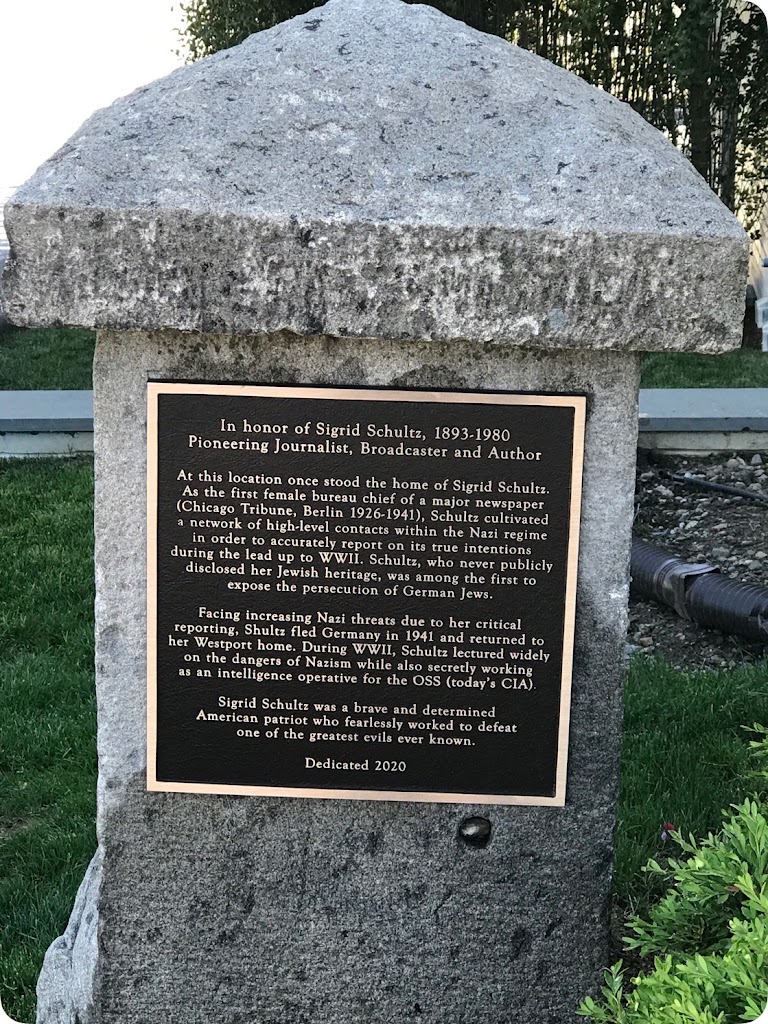 In honor of Sigrid Schultz, 1893-1980
Pioneering Journalist, Broadcaster and Author
At this location once stood the home of Sigrid Schultz.
As the first female bureau chief of a major newspaper
(Chicago Tribune, Berlin 1926-1941), Schultz cultivated
network of high-level contacts within the Nazi regime
in order to accurately report on its true intentions
during the lead up to WWII. Schultz, who never publicly
disclosed her Jewish heritage, was among the first to
expose the persecution of German Jews.
Pacing increasing Nazi threats due to her critical
reporting, Schultz fled Germany in 1941 and returned to
her Westport home. During WWII, Schultz lectured widely
on the dangers of Nazism while also secretly working
as an intelligence operative for the OSS (today's CIA)
Sigrid Schultz was a brave and determined
American patriot who fearlessly worked to defeat
one of the greatest evils ever known.
Dedicated 2010