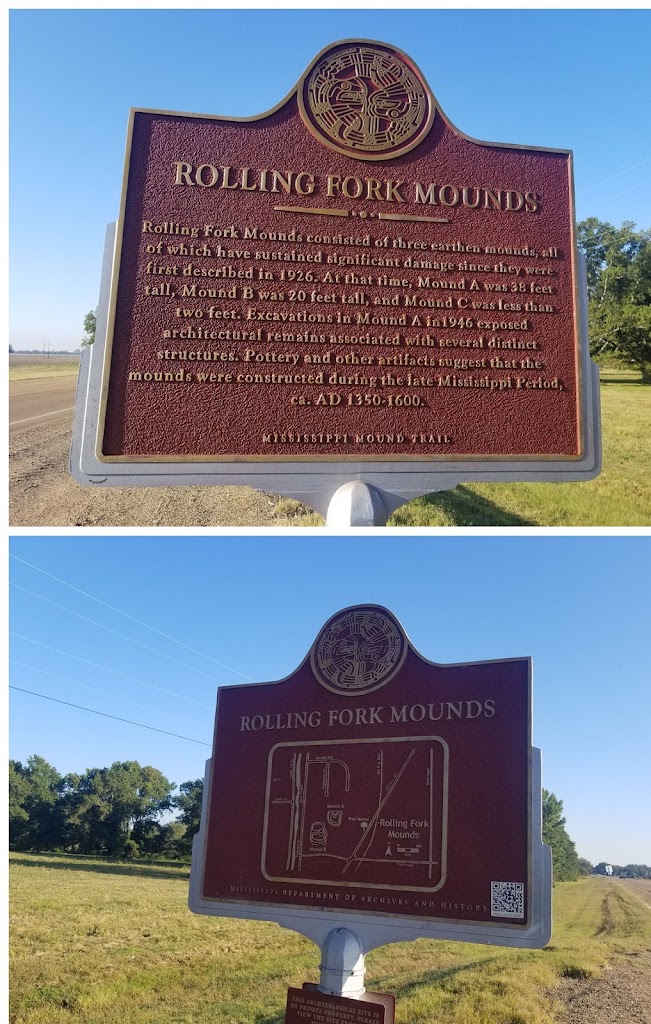 Rolling Fork Mounds consisted of three earthen mounds, all of which have sustained significant damage since they were first described in 1926. At that time, Mound A was 38 feet tall, Mound B was 20 feet tall, and Mound C was less than two feet. Excavations in Mound A in 1946 exposed architectural remains associated with several distinct structures. Pottery and other artifacts suggest that the mounds were constructed during the late Mississippi Period, ca. AD 1350-1600.