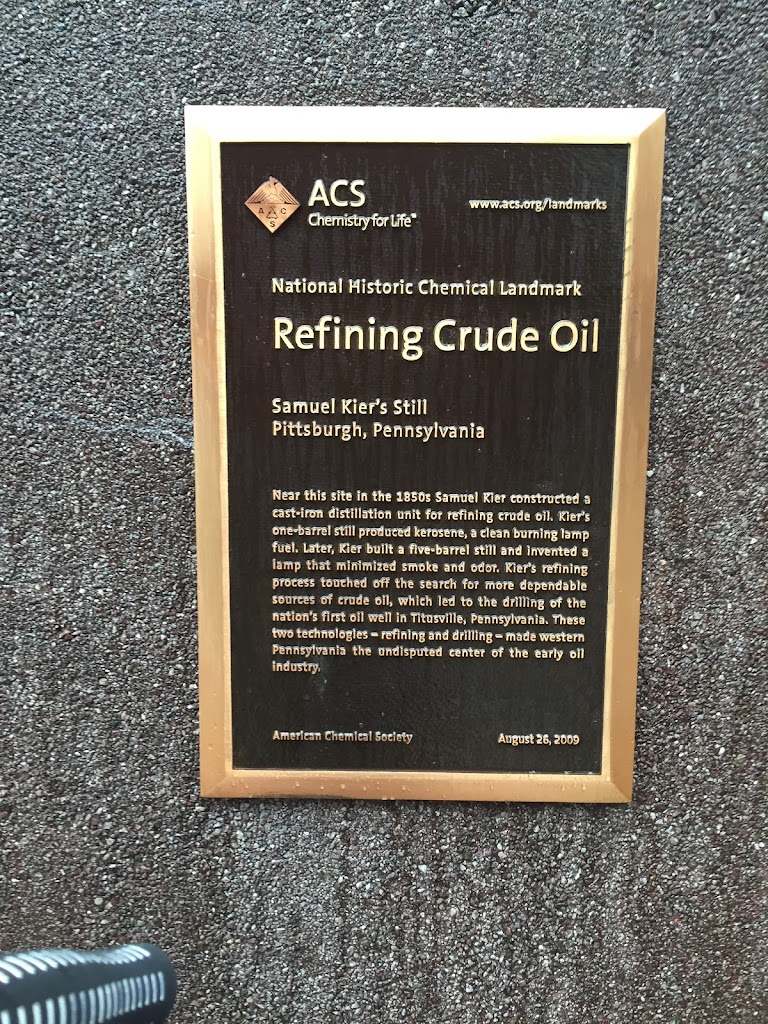 In downtown Pittsburgh, at the corner of Grant St and 7th Ave appears this plaque. Samuel Kier developed a process to refine crude oil into kerosene for lamp fuel.

"Near this site in the 1850s Samuel Kier constructed a cast-iron distillation unit for refining crude oild. Kier's one-barrel still produced kerosene, a clean burning lamp fuel. Later, Kier build a five-barrel still and invented a lamp that minimized smoke and odor. Kier's refining process touched off the search for more dependable sources of curde oil, which lead to the nation's first oil well in Titusville, Pennsylvania. These two technologies -- refining and drilling -- made wester Pennsylvania the undisputed center of the early oil industry."

More information on the plaque and the history of the oil industry can be found at: