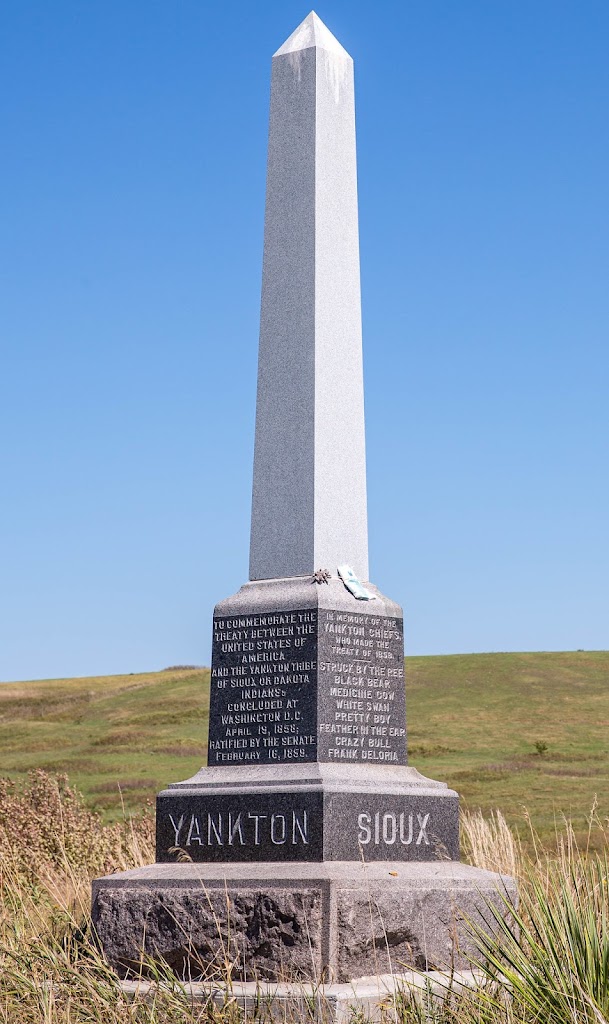 A 1907 Yankton Sioux monument commemorating the tribe's 1858 treaty by which it surrendered 11 million acres in southeastern South Dakota to the federal government for $1.6 million — about 13 cents an acre — to be paid over 50 years. Other provisions included relocation to a new 475,000-acre reservation, aid in helping the tribe learn farming and other skills central to white civilization, and a guarantee that the Yankton and other tribes would continue to control the sacred southwestern Minnesota site where stone for ceremonial pipes was quarried.

The Yankton Sioux chief Struck by the Ree explained the agreement to tribe members this way: ""The white men are coming in like maggots. It is useless to resist them. They are many more than we are. We could not hope to stop them. Many of our brave warriors would be killed, our women and children left in sorrow, and still we would not stop them. We must accept it, get the best terms we can get and try to adopt their ways."

The west side of the base: 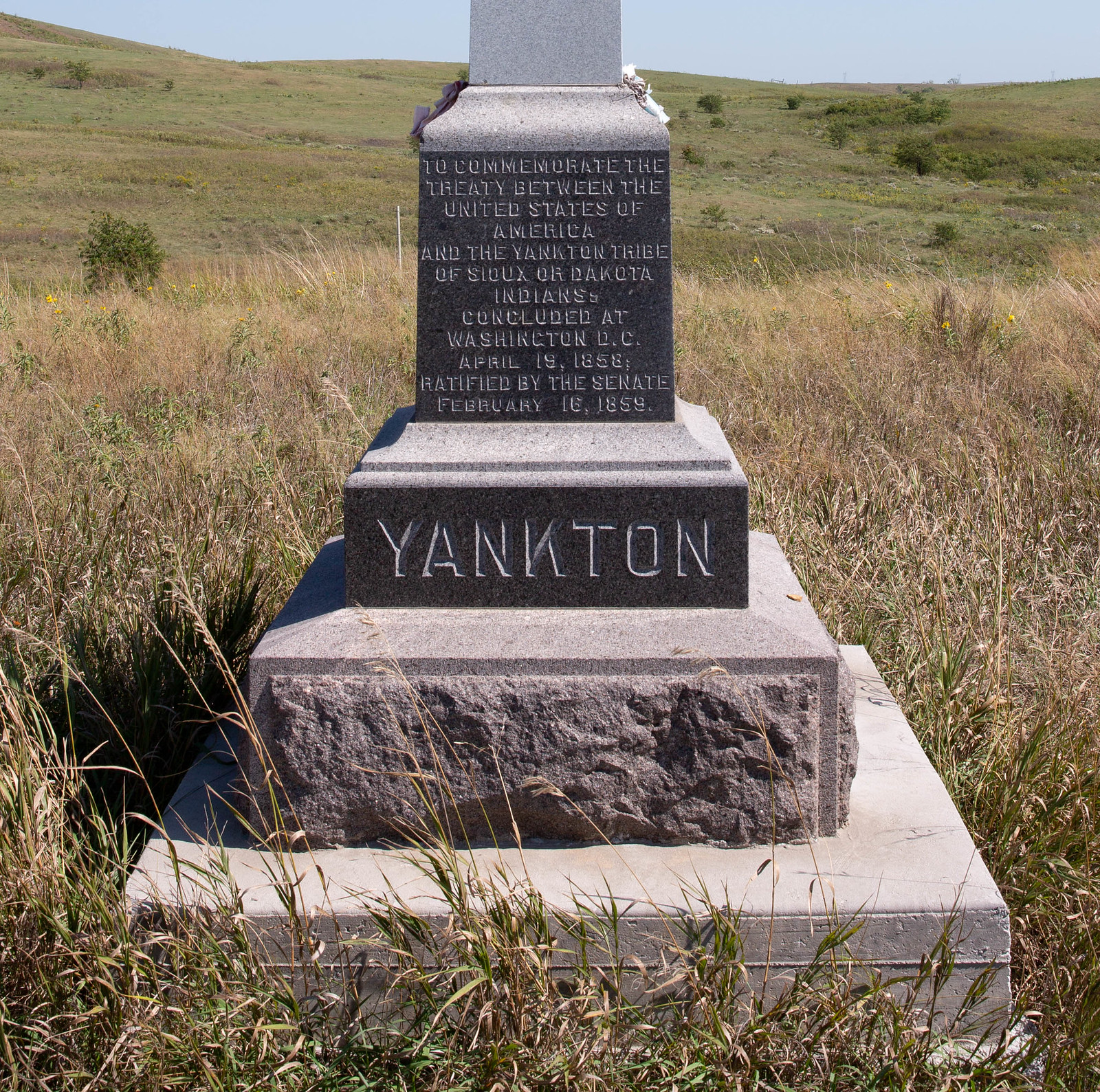 "To commemorate the treaty between the United States of America and the Yankton tribe of Sioux or Dakota Indians, concluded at Washington, D.C., April 19, 1858; ratified by the Senate February 16, 1859."

The other three sides of the base say:
In memory of the Yankton Chiefs who made the Treaty of 1858.
Struck by the Ree
Black Bear
Medicine Cow
White Swan
Pretty Boy
Feather in the Ear
Crazy Bull
Frank DeLoria