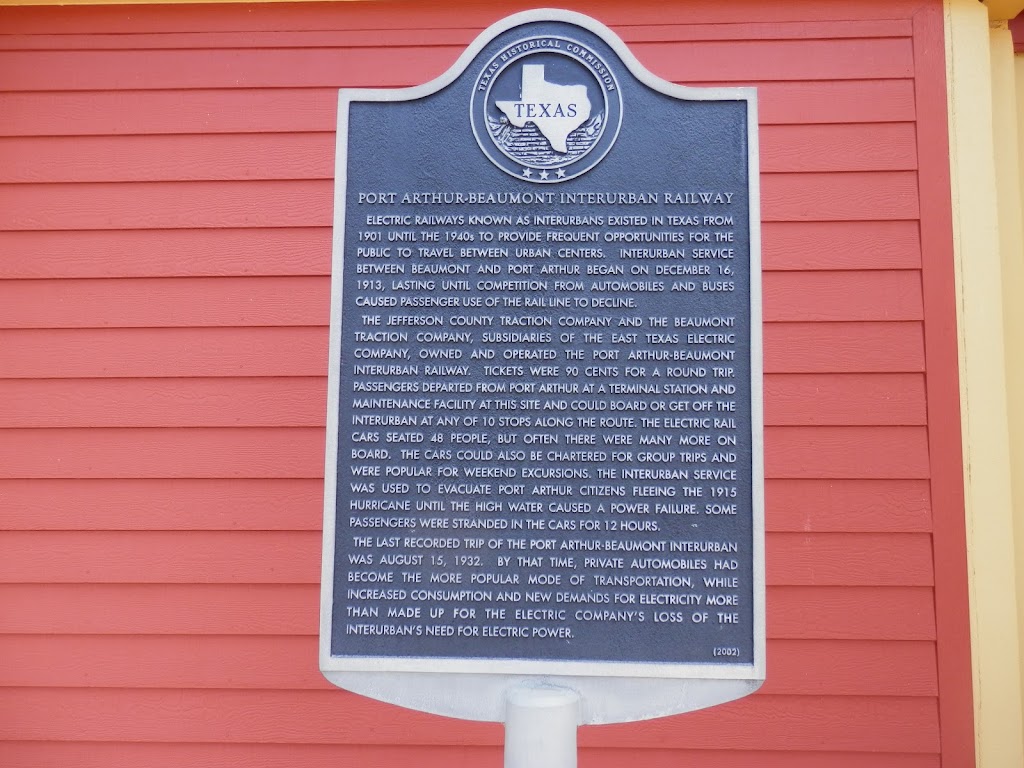 Electric railways known as Interurbans existed in Texas from 1901 until the 1940s to provide frequent opportunities for the public to travel between urban centers. Interurban service between Beaumont and Port Arthur began on December 16, 1913, lasting until competition from automobiles and buses caused passenger use of the rail line to decline.

The Jefferson County Traction Company and the Beaumont Traction Company, subsidiaries of the East Texas Electric Company, owned and operated the Port Arthur-Beaumont Interurban Railway. Tickets were 90 cents for a round trip. Passengers departed from Port Arthur at a terminal station and maintenance facility at this site and could board or get off the interurban at any of 10 stops along the route. The electric rail cars seated 48 people, but often there were many more on board. The cars could also be chartered for group trips and were popular for weekend excursions. The interurban service was used to evacuate Port Arthur citizens fleeing the 1915 hurricane until the high water caused a power failure. Some passengers were stranded in the cars for 12 hours.

The last recorded trip of the Port Arthur-Beaumont Interurban was August 15, 1932. By that time, private automobiles had become the more popular mode of transportation, while increased consumption and new demands for electricity more than made up for the electric company's loss of the interurban's need for electric power.