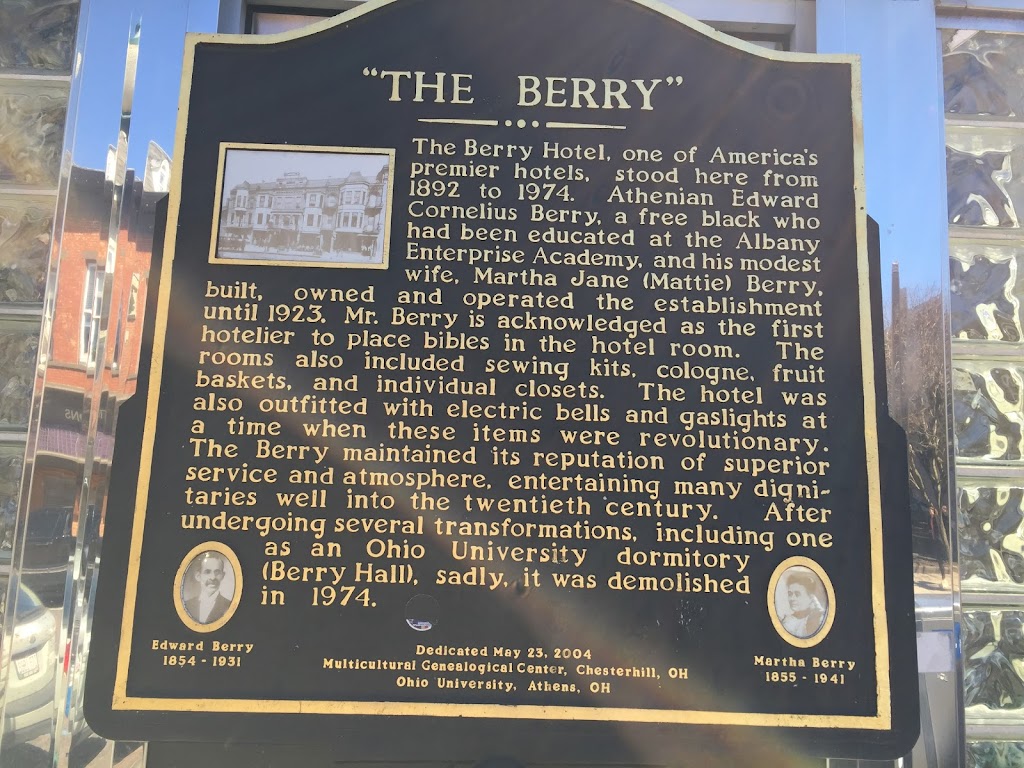 The Berry Hotel, one of America’s premier hotels, stood here from 1892 to 1974. Athenian Edward Cornelius Berry, a free black who had been educated at the Albany Enterprise Academy, and his modest wife Martha Jane (Mattie) Berry, built, owned and operated the establishment until 1923. Mr. Berry is acknowledged as the first hotelier to place bibles in the hotel room. The rooms also included sewing kits, cologne, fruit baskets, and individual closets.  The hotel was also outfitted with electric bells and gaslights at a time when these items were revolutionary. The Berry maintained its reputation of superior service and atmosphere, entertaining many dignitaries well into the twentieth century.  After undergoing several transformations, including one as an Ohio University dormitory (Berry Hall), sadly it was demolished in 1974.