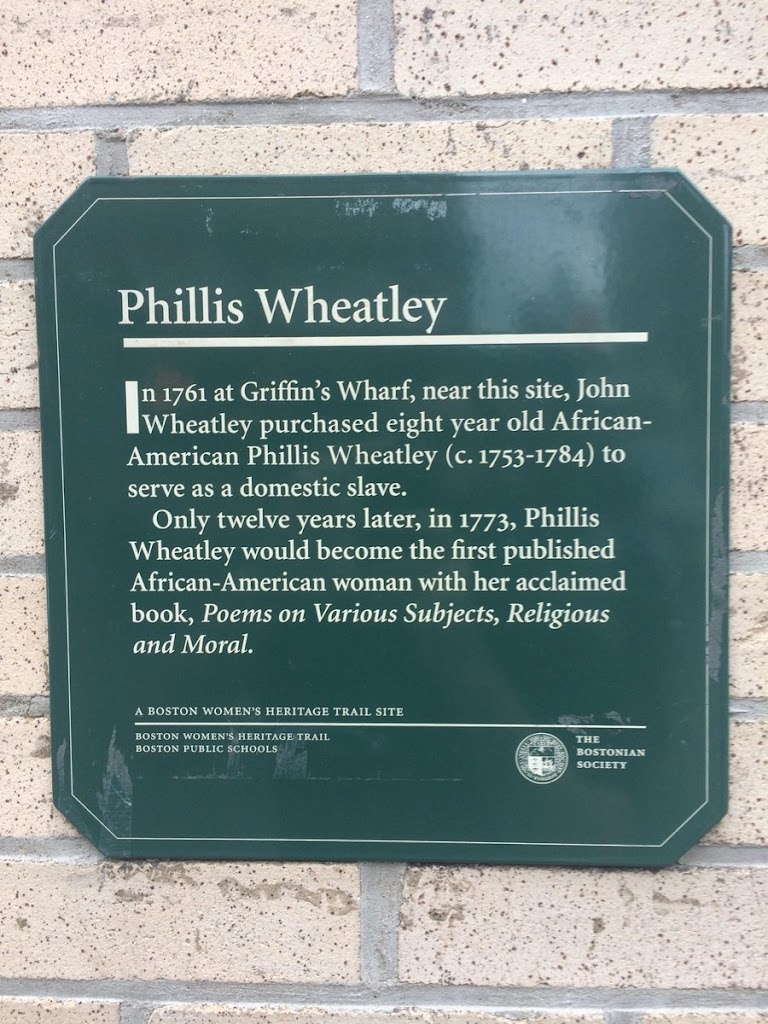 Only twelve years later, in 1773, Phillis
Wheatley would become the first published
African-American woman with her acclaimed
book, Poems on Various Subjects,Religious
and Moral.
A BOSTON WOMEN'S HERITAGE TRAIL SITE
Submitted by @PeterTPiazza