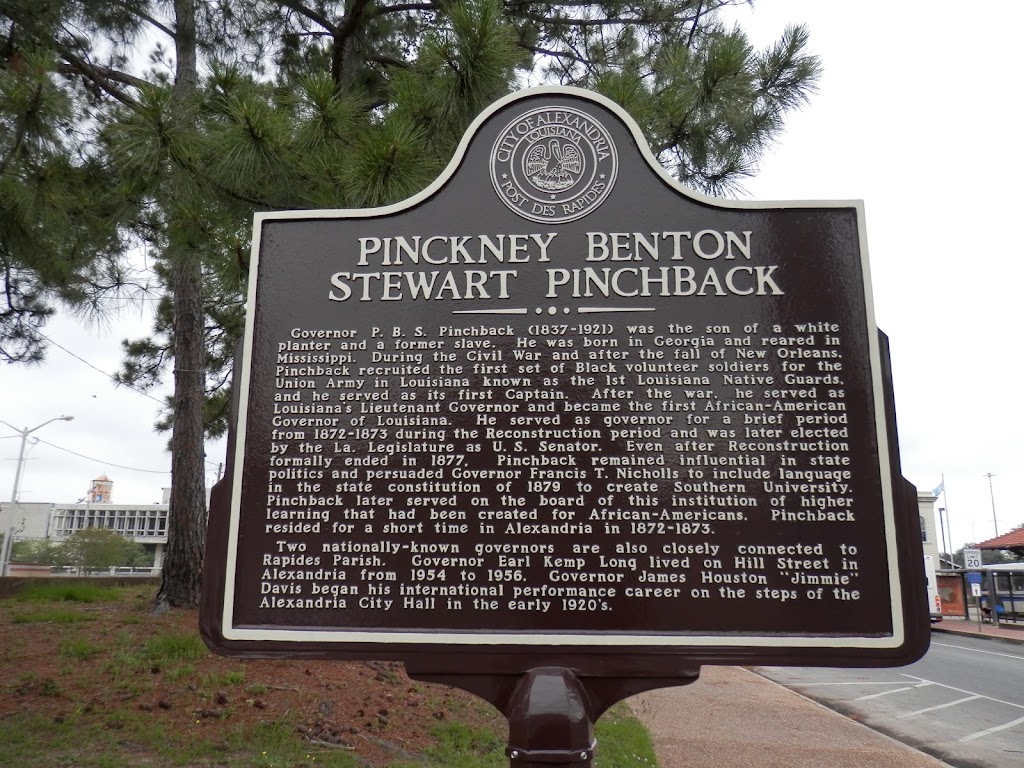 Governor P. B. S. Pinchback (1837-1921) was the son of a white planter and a former slave. He was born in Georgia and reared in Mississippi. During the Civil War and after the fall of New Orleans, Pinchback recruited the first set of Black volunteer soldiers for the Union Army in Louisiana known as the 1st Louisiana Native Guards, and he served as its first Captain. After the war, he served as Louisiana's Lieutenant Governor and became the first African-American Governor of Louisiana. He served as governor for a brief period from 1872-1873 during the Reconstruction period and was later elected by the La. Legislature as U. S. Senator. Even after Reconstruction formally ended in 1877, Pinchback remained influential in state politics and persuaded Governor Francis T. Nicholls to include language in the state constitution of 1879 to create Southern University. Pinchback later served on the board of this institution of higher learning that had been created for African-Americans. Pinchback resided for a short time in Alexandria in 1872-1873.