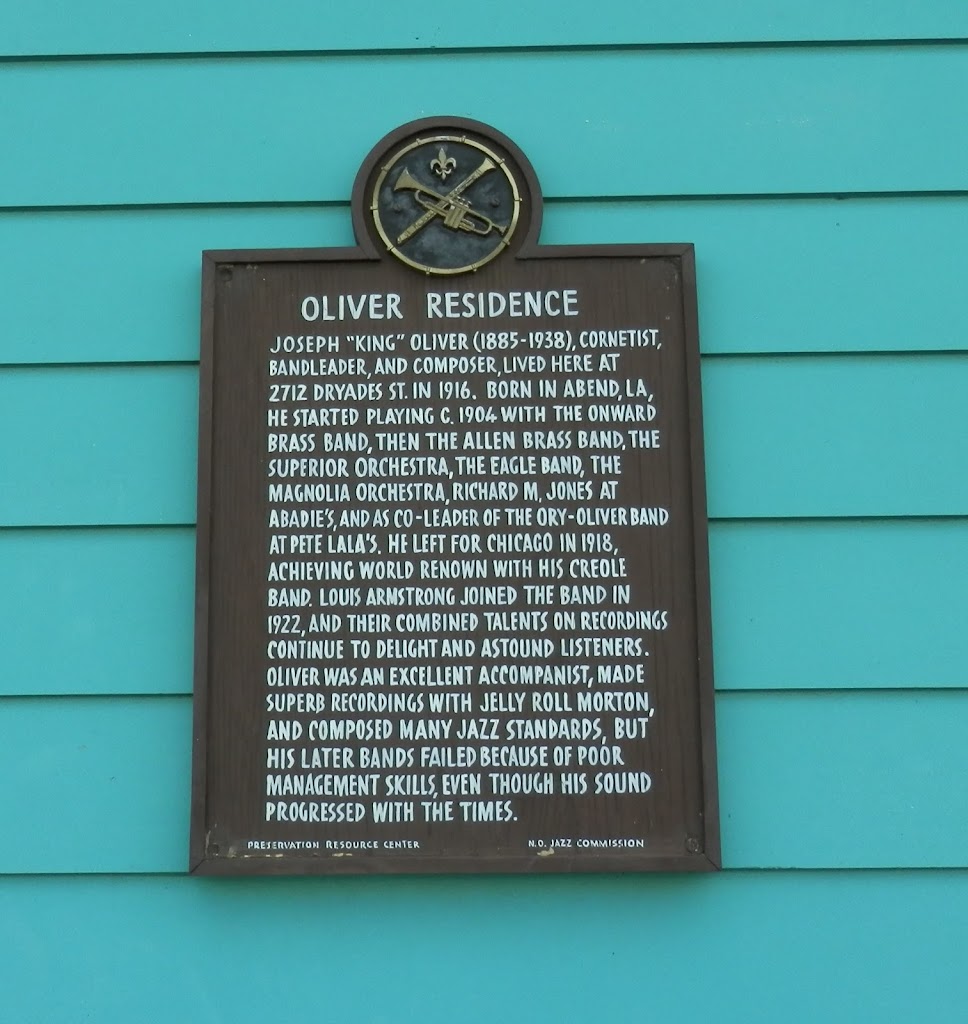 Joseph “King” Oliver (1885-1938), Cornetist, bandleader, and composer, lived here at 2712 Dryades St. in 1916. Born in Abend, LA, he started playing c. 1904 with the Onward Brass Band , then the Allen Brass band, the Superior Orchestra, the Eagle Band, the Magnolia Orchestra, Richard M. Jones at Abadie's, and as co-leader of the Ory-Oliver Band at Pete Lala's. He left for Chicago in 1918, achieving world renown with his Creole band. Louis Armstrong joined the band in 1922, and their combined talents on recordings continue to delight and astound listeners. Oliver was an excellent accompanist, made superb recordings with Jelly Roll Morton, and composed many jazz standards, but his later bands failed because of poor management skills, even though his sound progressed with the times.