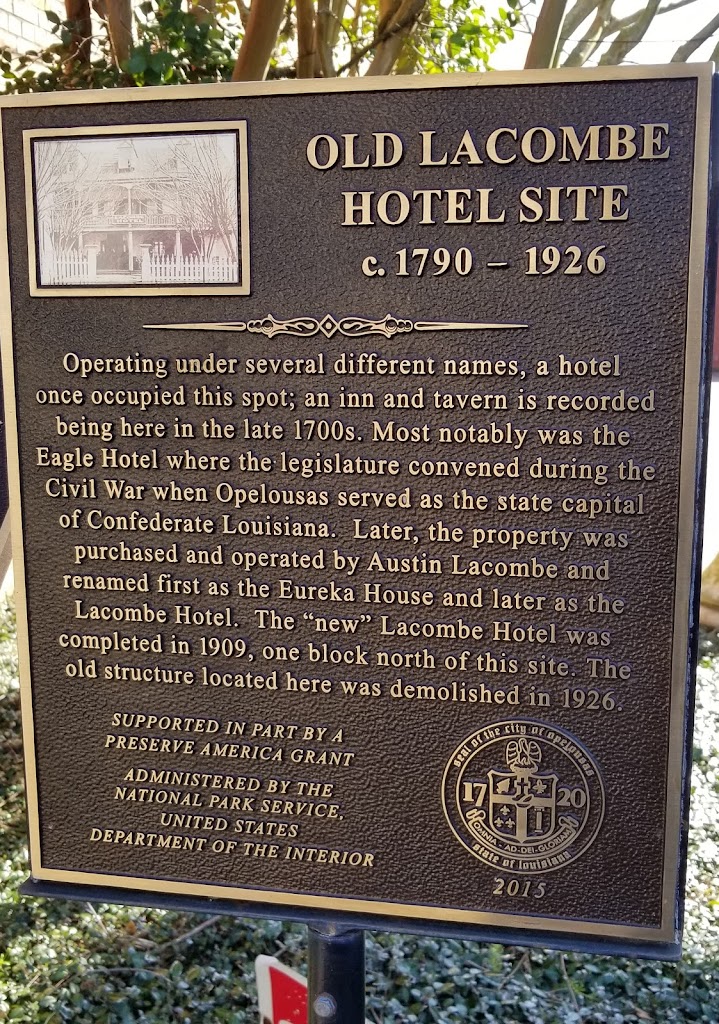 Operating under several different names, a hotel once occupied this spot; an inn and tavern is recorded being here in the late 1700s. Most notably was the Eagle Hotel where the legislature convened during the Civil War when Opelousas served as the state capital of Confederate Louisiana. Later, the property was purchased and operated by Austin Lacombe and renamed the Eureka House and later as the Lacombe Hotel. The "new" Lacombe Hotel was completed in 1909, one block north of this site. The old structure located here was demolished in 1926.