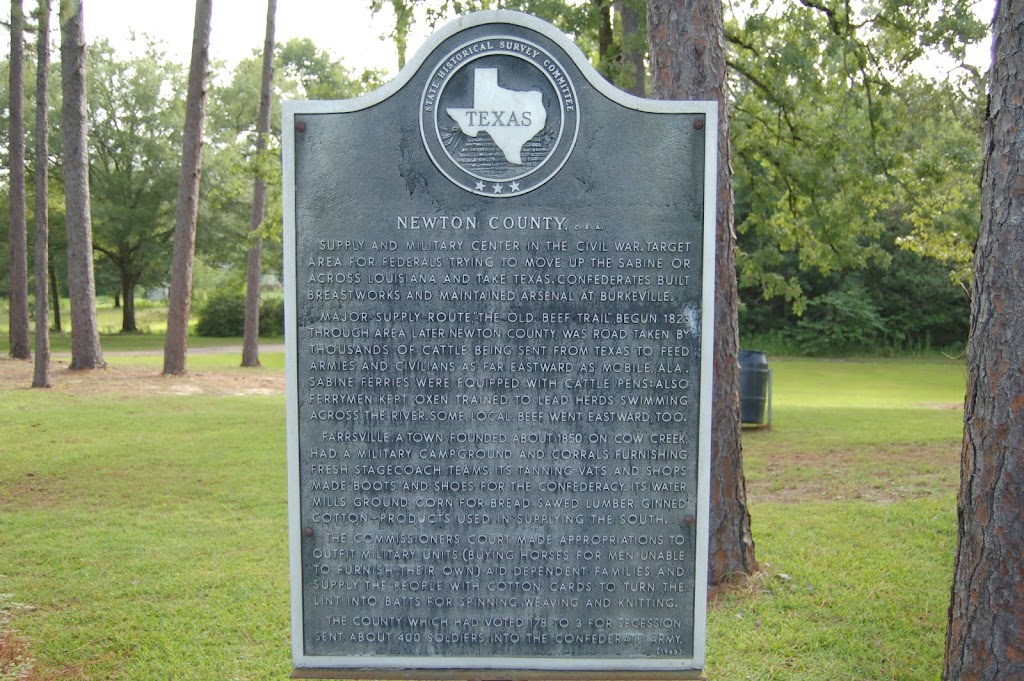 Supply and military center in the Civil War. Target area for Federals trying to move up the Sabine or across Louisiana and take Texas. Confederates built breastworks and maintained arsenal at Burkeville. Major supply route, "The Old Beef Trail", begun 1823 through area later Newton County. Was a road taken by thousands of cattle being sent from Texas to feed armies and civilians as far eastward as Mobile, Ala. Sabine ferries were equipped with cattle pens: Also ferrymen kept oxen trained to lead herds swimming across the river. Some local beef went eastward, too. Farrsville, a town founded about 1850 on Cow Creek, had a military campground and corrals furnishing fresh stagecoach teams. Its tanning vats and shops made boots and shoes for the Confederacy. Its water mills ground corn for bread, sawed lumber, ginned cotton-- products used in supplying the South. The commissioners court made appropriations to outfit military units (buying horses for men unable to furnish their own), aid dependent families, and supply the people with cotton cards to turn the lint into batts for spinning, weaving and knitting. The county, which had voted 178 to 3 for secession, sent about 400 soldiers into the Confederate army.