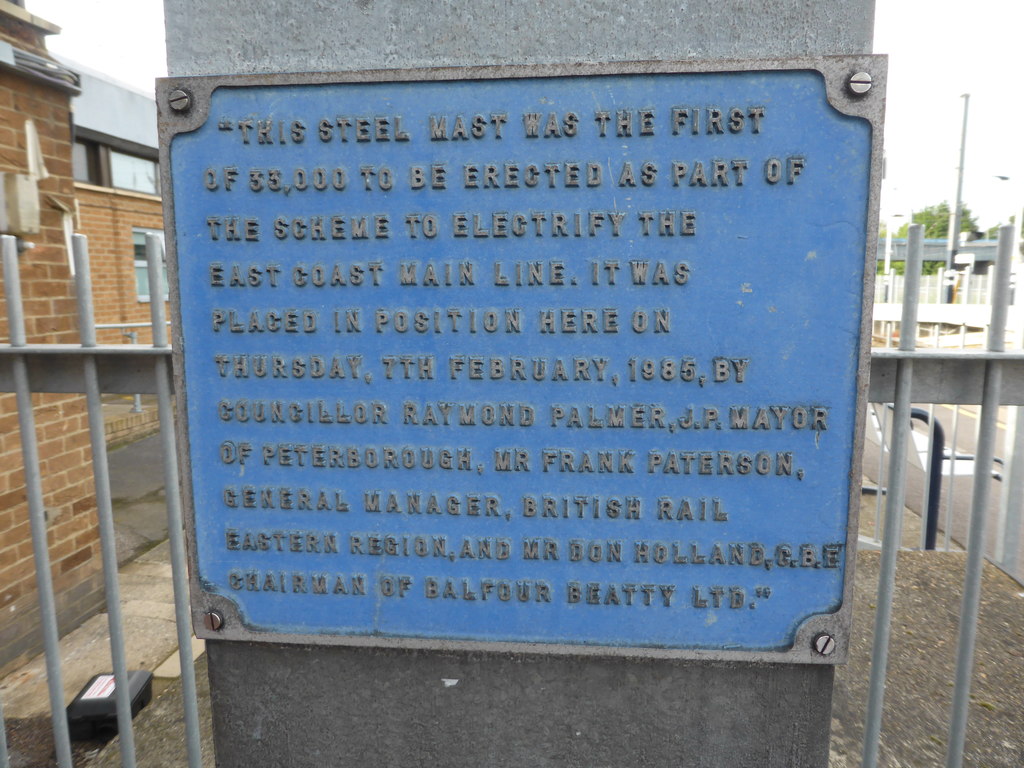 On part of the overhead Gantry at the end of the erstwhile island platform, this reads: "This steel mast was the first of 35,000 to be erected as part of the scheme to electrify the East Coast Main Line. It was placed in position here on Thursday, 7th February, 1985,by Councillor Raymond Palmer, JP, Mayor of Peterborough, Mr Frank Paterson, general manage, British Rail eastern region, and Mr Don Holland, C.B.E, chairman of Balfour Beatty Ltd.

Copyright Bob Harvey and licensed for reuse under this Creative Commons Licence.