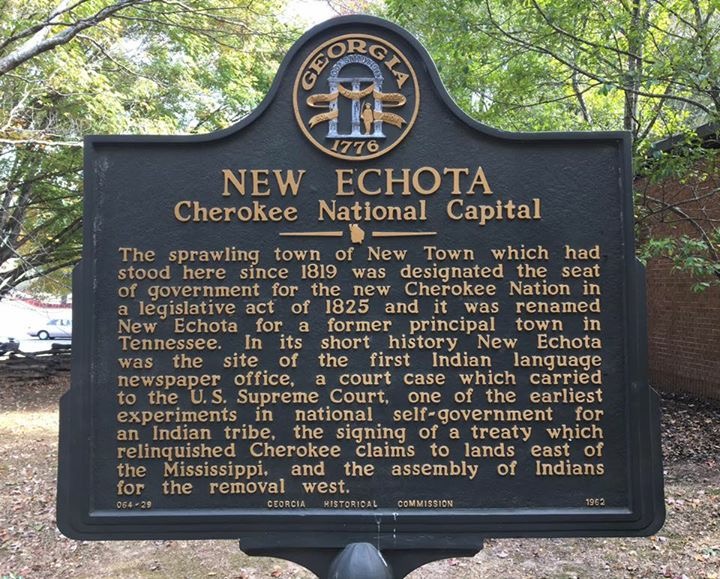 NEW ECHOTA
Cherokee National Capital
The sprawling town of New Town which had
stood here since 1819 was designated the seat
of government for the new Cherokee Nation in
a legislative act of 1825 and it was renamed
New Echota for a former principal town in
Tennessee. In its short history New Echota
was the site of the first Indian language
newspaper office, a court case which carried
to the U. S. Supreme Court, one of the earliest
experiments in national self-government for
an Indian tribe, the signing of a treaty which
relinquished Cherokee claims to lands east of
the Mississippi. and the assembly of Indians
for the removal west.
GEORGIA HISTORICAL
COMMISSION