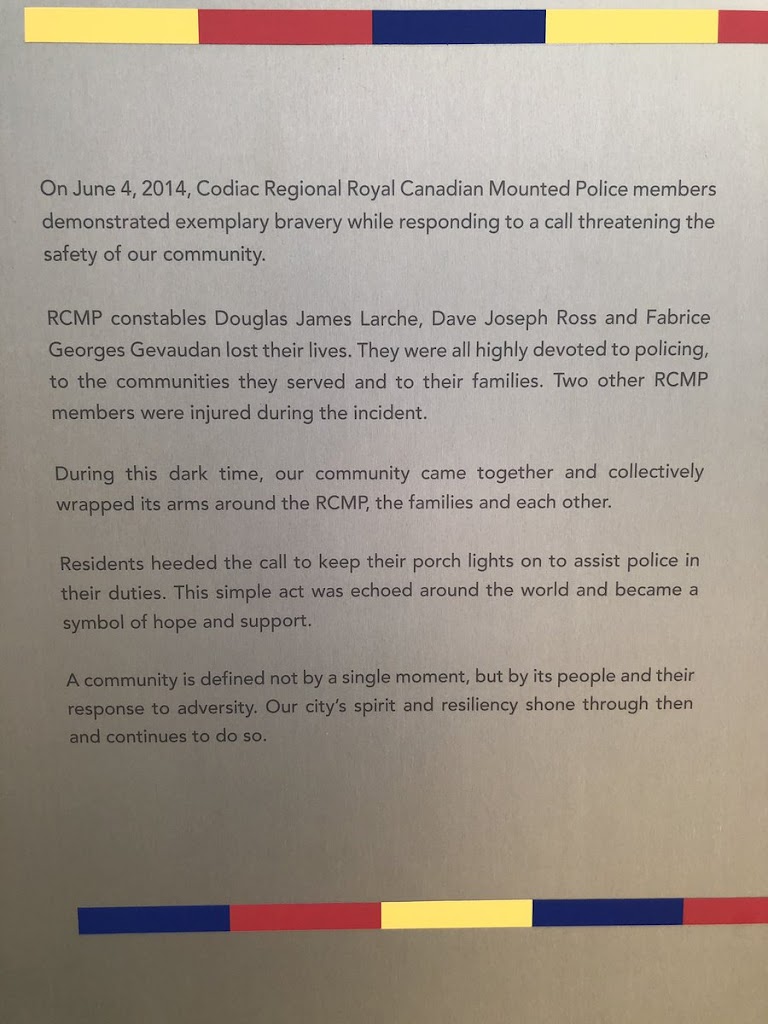 On June 4, 2014, Codiac Regional Royal Canadian Mounted Police members demonstrated exemplary bravery while responding to a call threatening the safety of our community. RCMP constables Douglas James Larche, Dave Joseph Ross and Fabrice Georges Gevaudan lost their lives. They were all highly devoted to policing, to the communities they served and to their families. Two other RCMP members were injured during the incident. During this dark time, our community came together and collectively wrapped its arms around the RCMP, the families and each other. Residents heeded the call to keep their porch lights on to assist police in their duties. This simple act was echoed around the world and became a symbol of hope and support. A community is defined not by a single moment, but by its people and their response to adversity. Our city's spirit and resiliency shone through then and continues to do so.