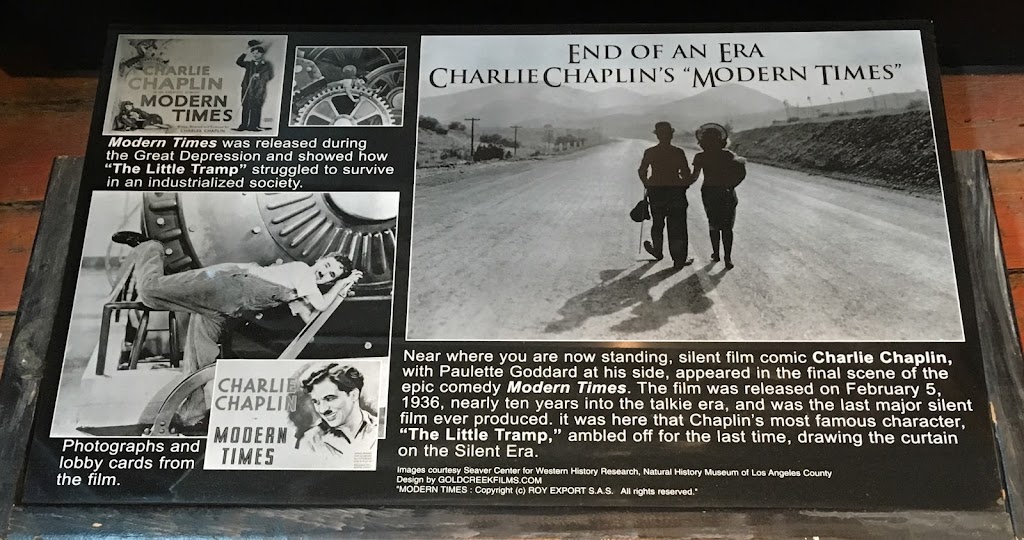 Near where you are now standing, silent film comic Charlie Chaplin, with Paulette Goddard at his side, appeared in the final scene of the epic comedy Modern Times. The film was released on February 5, 1936, nearly ten years into the talkie era, and was the last major silent film ever produced. It was here that Chaplin's most famous character, "The Little Tramp,” ambled off for the last time, drawing the curtain on the Silent Era.

Note: As of 2019, the plaque has not yet been installed. It is on display in the historical museum in Newhall.