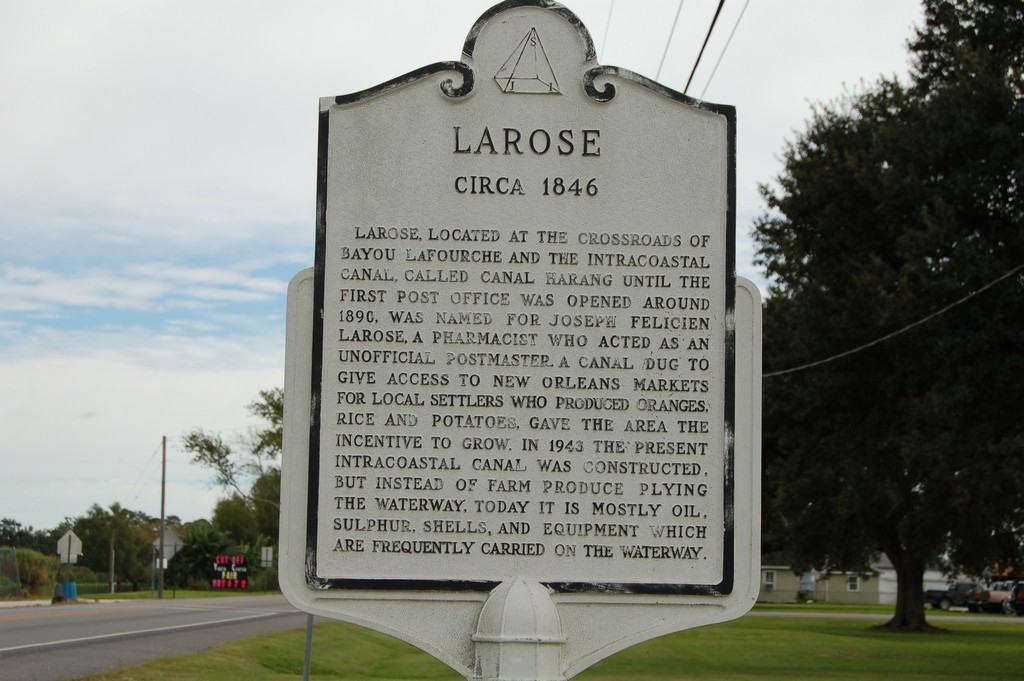 Larose, located at the crossroads of Bayou Lafourche and the Intercoastal Canal, called Canal Harang until the first Post Office was opened around 1890. Was named for Joseph Felicien Larose, a pharmacist who acted as an unofficial Postmaster. A canal dug to give access to New Orleans markets for local settlers who produced oranges, rice and potatoes, gave the area the incentive to grow. In 1943 the present Intercoastal Canal was constructed, but instead of farm produce plying the waterway, today it is mostly oil, sulphur, shells and equipment which are frequently carried on the waterway.