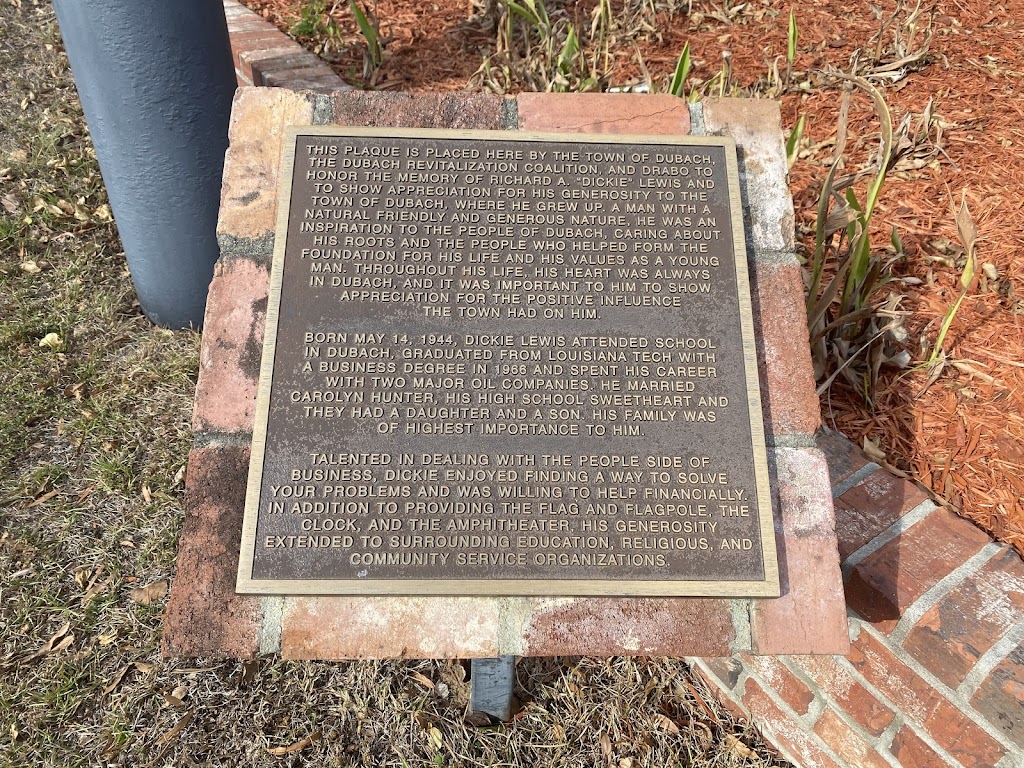 This plaque is placed here by the Town of Dubach,
the Dubach Revitalization Coalition, and Drabo to
honor the memory of Richard A. "Dickie Lewis and
to show appreciation for his generosity to the
Town of Dubach, where he grew up. A man with a
natural friendly and generous nature, he was an
inspiration to the people of Dubach, caring about
his roots and the people who helped form the
foundation for his life and his values as a young
man. Throughout his life, his heart was always
in Dubach, and it was important to him to show
appreciation for the positive influence
the town had on him.
Born may 14, 1944, Dickie Lewis attended school
in Dubach, graduated from Louisiana Tech with
a business degree in 1966 and spent his career
with two major oil companies. he married
Carolyn Hunter, his high school sweetheart and
they had a daughter and a son. His family was
of highest importance to him.
Talented in dealing with the people side of
business, Dickie enjoyed finding a way to solve
your problems and was willing to help financially.
In addition to providing the flag and flagpole, the
clock, and the amphitheater, his generosity
extended to surrounding education, religious, and
community service organizations.