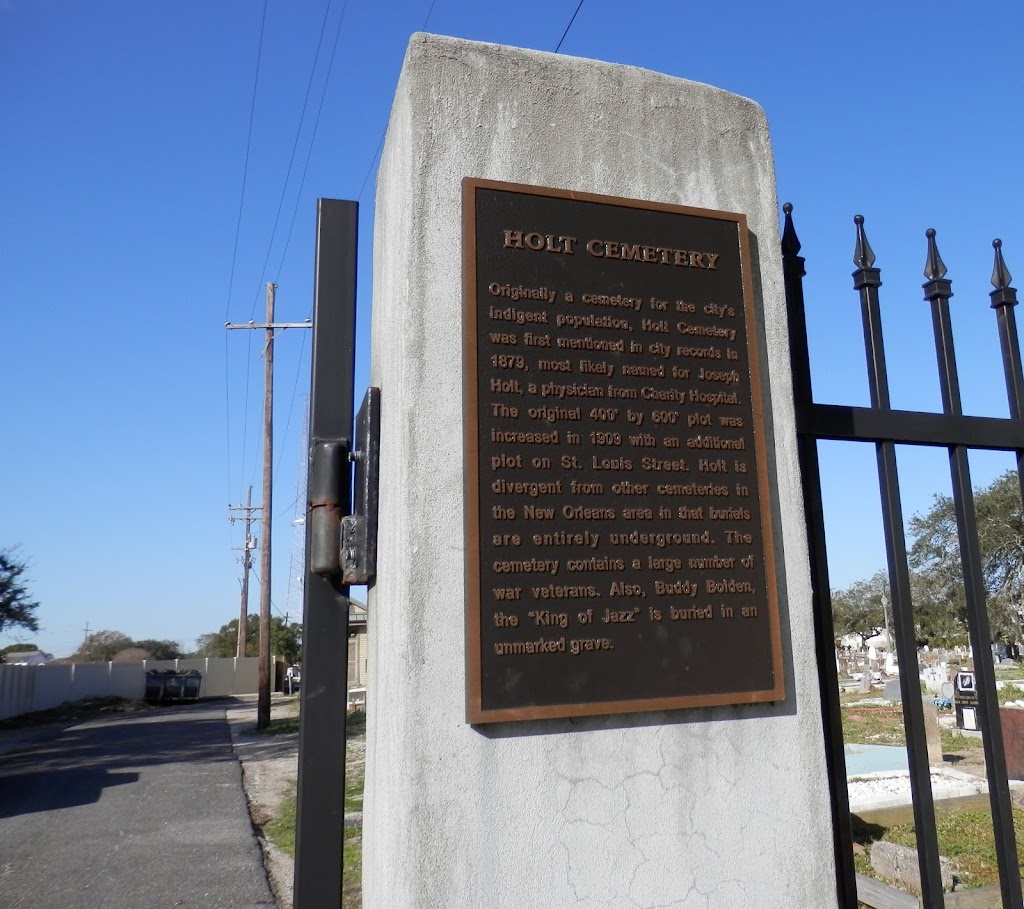 Originally a cemetery for the city's indigent population, Holt Cemetery was first mentioned in city records in 1879, most likely named for Joseph Holt, a physician from Charity Hospital. The original 400' by 600' plot was increased in 1909 with an additional plot on St. Louis Street. Holt is divergent from other cemeteries in the New Orleans area in that burials are entirely underground. The cemetery contains a large number of war veterans. Also, Buddy Bolden, the "King of Jazz" is buried in an unmarked grave.