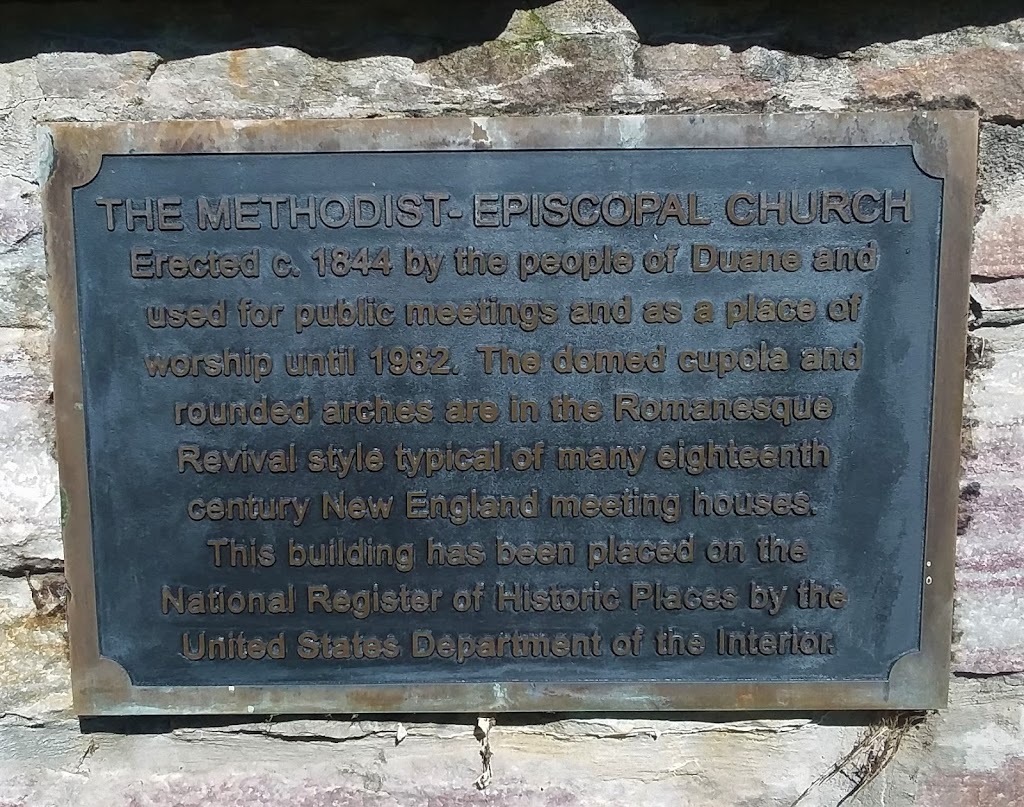 The Methodist-Episcopal Church
Erected c.1844 by the people of Duane and
used for public meetings and as a place of
worship until 1982. The domed cupola and
rounded arches are in the Romanesque
Revival style typical of many eighteenth
century New England meeting houses.
This building has been placed on the
National Register of Historic Places by the
United States Department of the Interior.
Submitted by Alan R Reno