Camp Claiborne Birthplace of the 82nd and 101st Airborne Divisions 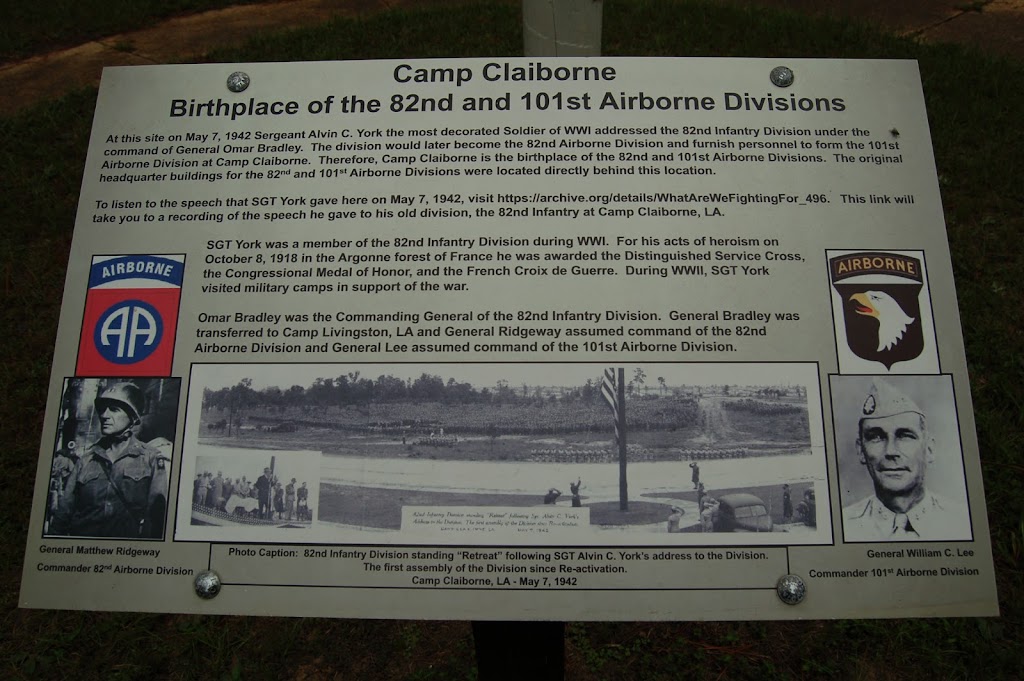 To listen to the speech that SGT York gave here on May 7, 1942, visit https://archive.org/details/WhatAreWeFightingFor_496. This link will take you to a recording of the speech he gave to his old division, the 82nd Infantry at Camp Claiborne, LA.

SGT York was a member of the 82nd Infantry Division during WWI. For his acts of heroism on October 8, 1918 in the Argonne forest of France he was awarded the Distinguished Service Cross, the Congressional Medal of Honor, and the French Croix de Guerre. During WWII, SGT York visited military camps in support of the war.