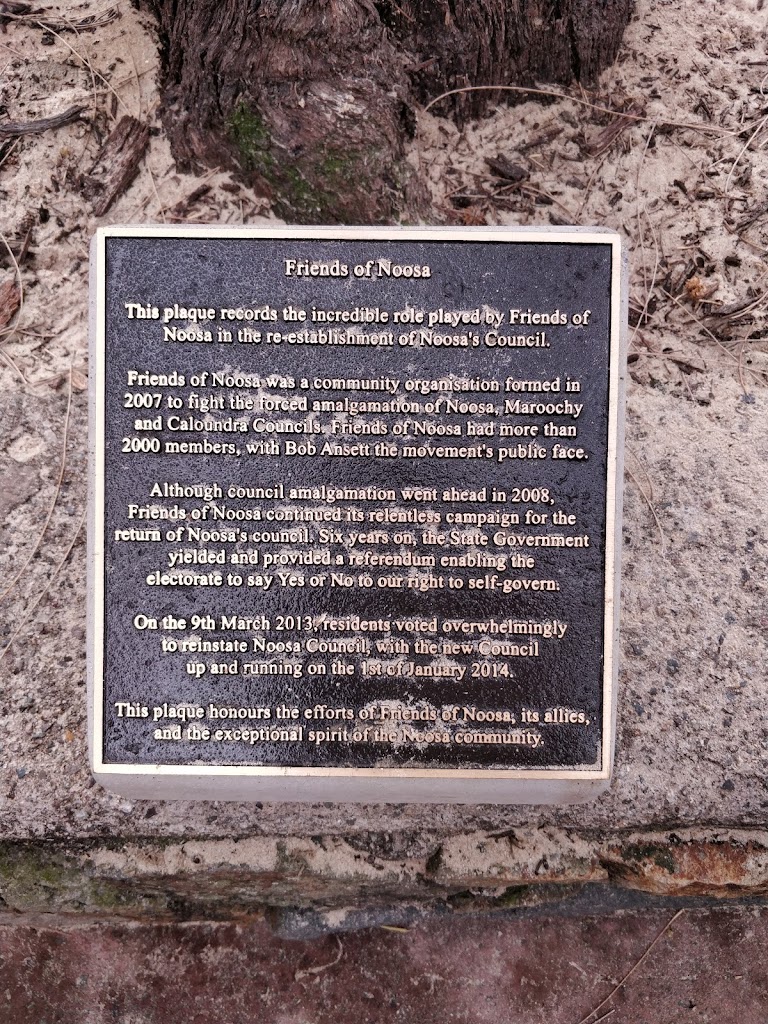 Friends of Noosa
This plaque records the incredible role played by Friends of
Noosa in the re-establishment Noosa's Council.
Friends of Noosa was a community organisation formed in
2007 to fight the forced amalgamation of Noosa Maroochy
and Caloundra Councils. Friends of Noosa had more than
2000 members, with Bob Ansett the movement's public face.

Although council amalgamation Went ahead in 2008,
Friends of Noosa continued its relentless campaign for the
return of Noosa's council. Six years on, the State Government
yielded and provided a referendum enabling the
electorate to say Yes of No to our right to self-govern
On the 9th March 2013, residents voted overwhelmingly
to reinstate Noosa Council with the new Council
up and running on the 1st of January 2014.
This plague honours the efforts of Friends of Noosa, its allies,
and the exceptional spirit of the community.
Added by @edent